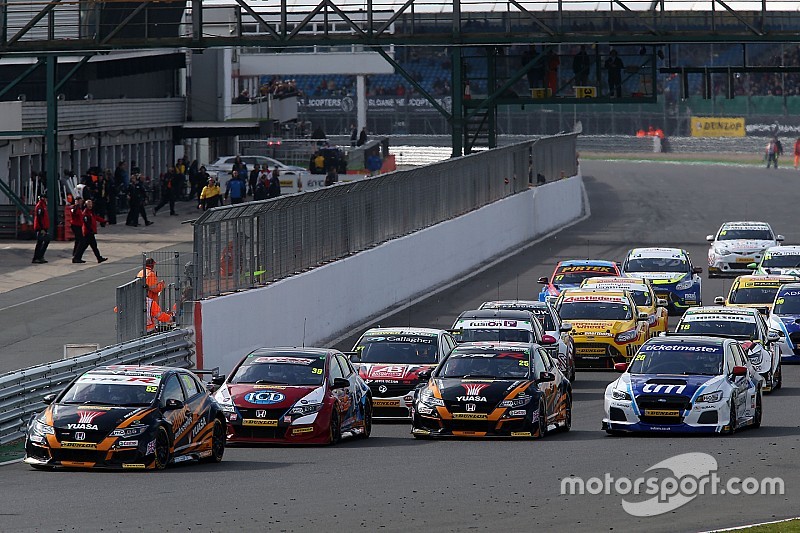 The British Touring Car Championship will feature a radically revised calendar for the 2020 season, with a new layout added to the roster for the first time in 18 years.

The 10-meeting 2020 schedule will hold a round on the Silverstone International layout, which comprises configuration on the south end of the circuit. It is the first time that the championship has used that layout since the creation of the Wing pits complex.

The previous incarnation of Silverstone International, which was based in the northern part of the site, was last used by the BTCC in 2004.

Other changes include the opening round of the series being held at Donington Park rather than the Brands Hatch Indy circuit, which has been the starting point for the competition since 2011.

Brands Hatch Indy will be the second round before the visit to Silverstone National.

The Oulton Park and Croft, which usually form the backbone of the season in June and have traditionally been rear-wheel-drive friendly circuits, have been split.

Oulton Park remains in June before the mid-season break, while Croft moves to August after a trip to Snetterton. This has been reworked to fit in with the demands of ITV4, which also has commitments to show the Euro 2020 football competition and the Tour de France.

The schedule will conclude again on the Brands Hatch Grand Prix circuit on October 10-11, following the series' first races on the new Silverstone International layout in September.

“It is an interesting line-up, and it has been well received,” said BTCC chief executive, Alan Gow. “As always, we take pride in confirming our schedule this early to allow the rest of British motorsport to plan theirs accordingly.

“We had a ‘spare’ round after Rockingham dropped out of the calendar after 2018, and we said we would move that event around the country. There are two visits to Thruxton in 2019, but we always had it in mind to look at other venues.

“Silverstone was keen for another round and it ticks the boxes because it has different layouts we can use. We will give the International circuit a try, and it will be great to be based out of the Wing pitlane.”

The revised roster has been greeted with a thumbs up by competitors who are looking forward to a new challenge.

BMR Racing Subaru driver and 2017 champion Ash Sutton said: “I think it is a really exciting change. It is something different and it will mix things up for the BTCC fans. It will take the teams and drivers out of their comfort zone too, and that will be a good thing.”

The 1.85-mile Silverstone International circuit includes the Hangar Straight, Stowe, Vale and Club Corner, before heading into Abbey, Farm and Village before linking in to Chapel Curve.

“It will also give the spectators who might not go to the grand prix the chance to see the cars tackling different types of corners – which will be exciting for us to sample too," he said.

"It is great for Silverstone too. I am all in favour of it, and mixing up the middle of the calendar too means it will have a different feel.”