AmDTuning.com vows to bounce back from tough Croft 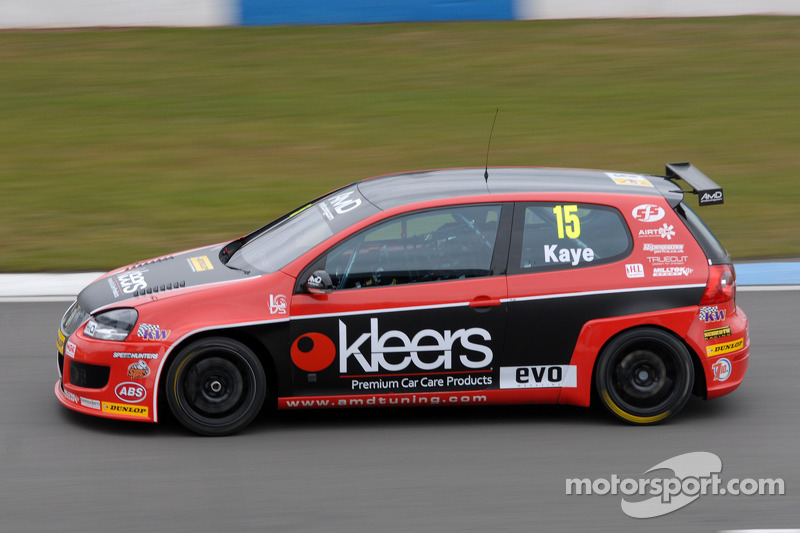 The AmDTuning.com team has vowed to bounce back from a tough end to the opening half of the Dunlop MSA British Touring Car Championship after the series made its annual trip to Croft for the fifth round of the year. 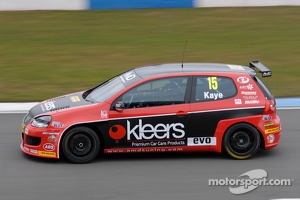 The West Thurrock-based team made the trip to the North East seeking to add to its win tally in the Jack Sears Trophy for drivers running older Super 2000-spec machinery, with team regular James Kaye returning to action having been forced to miss the previous meeting of the campaign due to business commitments elsewhere.

With the team having made a series of revisions to the suspension of its turbo-powered Volkswagen Golf for the Croft weekend, Isle of Wight-based racer James qualified fifth in class for the opening race, although the withdrawal of Joe Girling following an accident in qualifying meant he started the first race from fourth amongst the Jack Sears Trophy entrants.

Sadly for James, his hopes of a solid run in the opening race came to an early conclusion when he clipped a tyre stack at the final complex and damaged the steering of his car – putting him out on the spot.

Race two saw James clinch fourth place in class, posting a best lap time just 0.001secs off the fastest S2000 time, with the team then electing to revert to its previous suspension set-up for the final race of the weekend.

Unfortunately, his weekend would end in disappointment in a rain-affected race three when – having proven to be the quickest of the Jack Sears Trophy drivers – James was again forced into retirement after twice spinning off on standing water.

Despite that, he heads into the BTCC’s traditional summer break sitting third in the Jack Sears Trophy standings and still very much in contention for the inaugural title.

“It was my call to change the suspension for this weekend and I have to hold my hands up and say it was the wrong decision without the chance to test it,” he said. “The team has done a fantastic job and have worked really hard all weekend, but sadly it has been without reward.

“The results this weekend obviously weren’t what we were hoping for from the weekend, but the positive we can take away from it is that we haven’t lost too much ground in the Jack Sears Trophy standings because of who the three winners were.

“What we have to do now is go away and consolidate and make sure that we come back stronger at Snetterton after the summer break, and regain the form we showed at the start of the year.”

Team boss Shaun Hollamby echoed James’ view and insisted that the team would come back stronger when the season resumes in Norfolk in early August.

“It’s been a tough weekend for us, but we’ll bounce back after the summer break,” he said. “We have a break in the calendar now where we will work on the car to get into a position where we can repeat the kind of results we gained when we won at Brands Hatch and Donington.

“Hopefully we’ll have the opportunity to go out and test the car before Snetterton, and our aim when we get back to racing is to put the recent disappointment we have suffered to one side and get our championship challenge back on track. We have ground to make up, but we have shown the pace we have in the Golf and would have picked up more than the two wins we have without a run of misfortune.

“We started this season with the target of winning the Jack Sears Trophy and that hasn’t changed, so we’ll be working hard to try and make sure we achieve that goal in the second half of the season.”

Neal extends points lead with victory in Race 3 at Croft

Colin Turkington at the double at Croft