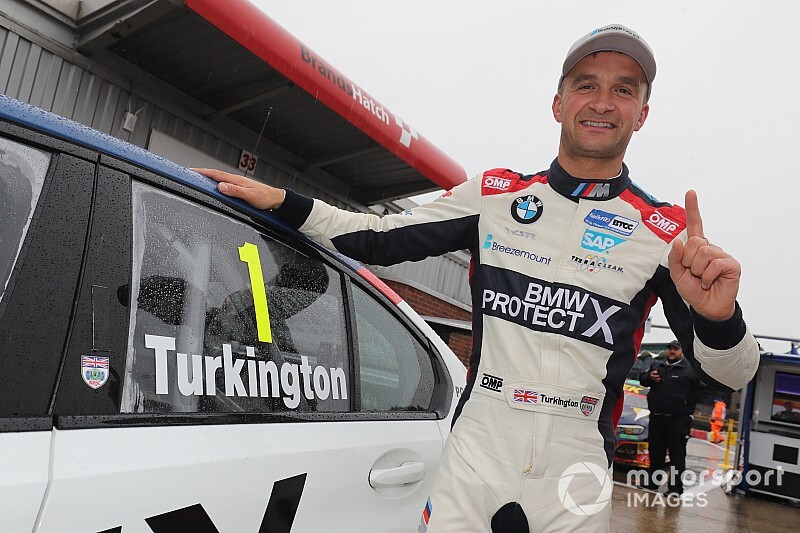 Colin Turkington was recognised for his record-equalling fourth British Touring Car Championship title with the National Driver of the Year prize at the Autosport Awards.

The WSR driver led the standings from the end of the third meeting of the season at Thruxton in May, though clinched the title in dramatic circumstances in the final race of the season as he completed a recovery drive from the back of the field to finish sixth, after Dan Cammish crashed out due to brake failure late on.

In contrast to his 2018 title charge, in a campaign characterised by consistency during which he claimed a single victory, Turkington claimed five victories in '19 - a tally beaten only by his teammate Andrew Jordan - as WSR's new BMW 330i M Sport immediately proved its pace.

Turkington has double his number of titles since his most recent success in the National Driver of the Year, which came in 2014, and now shares the record for the outright number of series titles with Andy Rouse.

The Award was presented to Turkington by British GT4 Pro-Am champion Kelvin Fletcher.

"We had 11 wins and in typical BTCC it went down to the final weekend and I only went back into the lead in the penultimate race after 30 races.

"We were relieved I was able to do it and I have to thank WSR for giving me the car."

The Award, voted for by readers, was open to drivers competing in the BTCC, British GT or at FIA Formula 3 level.