Ex-Formula 1 driver Mark Blundell could try an AmD Tuning Honda in the club-level Touring Car Trophy in October as he considers whether to stay in the BTCC beyond this year.

Blundell has struggled in his BTCC rookie season, managing only one points finish so far at the wheel of his Trade Price Cars Racing Audi.

The ex-Brabham, Ligier and McLaren F1 racer and 1992 Le Mans 24 Hours winner believes trying to adjust to front-wheel drive after a career based in rear-wheel drive machinery has been the main factor holding him back.

But he also wants to try an alternative front-wheel drive car to see how it compares to his regular Audi mount and has set his sights on the race-winning Honda run by the AmD Tuning squad that oversees the Trade Price Cars programme.

"For me to go forward - and for my own sanity and to not make my life as difficult as I have done - it would be easier for me to be in a rear-wheel-drive car," Blundell said in an exclusive interview with Motorsport.com's sister title Autosport.

"In saying that, when I look at onboard footage of the Honda FK2s, it's like a different world.

"I think I'll get to drive one of the Hondas at the end of the season to try to understand where we are, and if there are certain things we have been up against that I haven't been able to get my head around that might be different in a different type of car."

The Touring Car Trophy in which Blundell could try the AmD Honda has one round left at Donington Park on October 18-19.

Blundell admitted 2019 had been the "worst" season of his career, and that he would have to very seriously consider whether to stay on in the BTCC for 2020.

"It's a huge decision to make," said Blundell, "and it's a decision that I've yet to make. I'll review and analyse thoroughly what could be the future and what couldn't be.

"I'll discuss it with the shareholders in my business. We will take a view. For me to go through another season like this would be too painful." 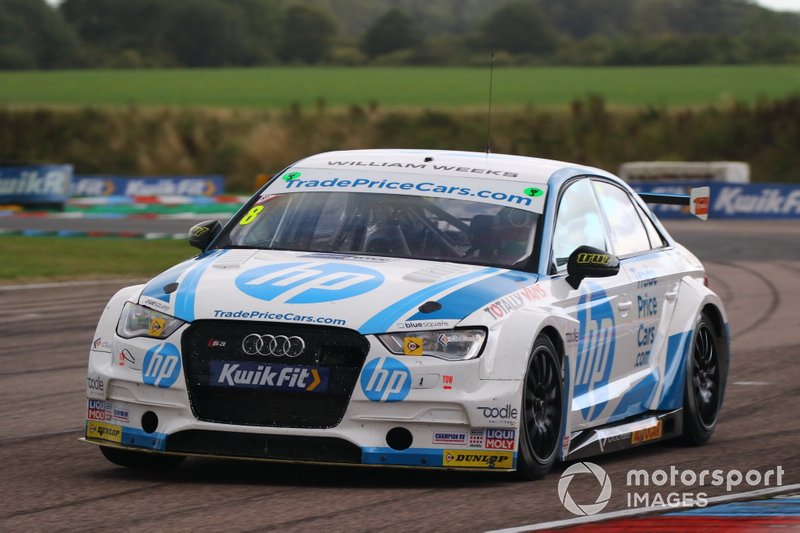