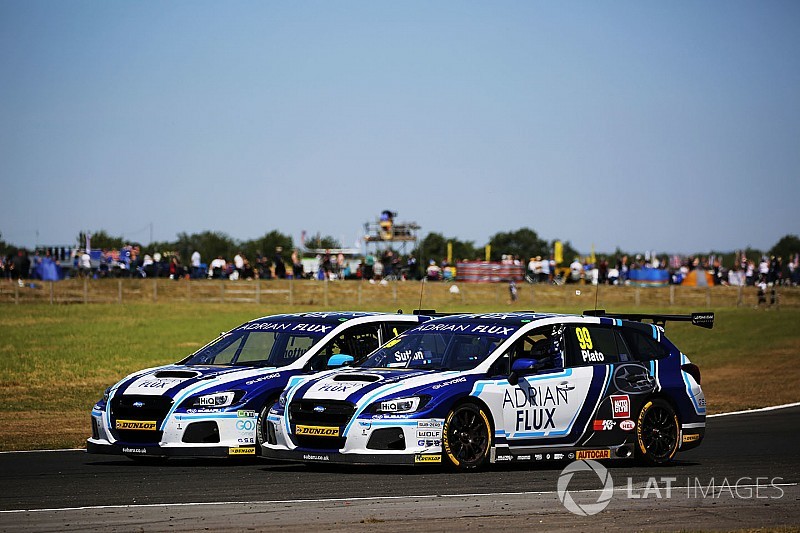 The BMR Subaru squad has slimmed down from three to two cars for the remainder of the BTCC season with Josh Price parting ways from the team.

Team BMR has also sold its TOCA BTCC Licence (TBL) associated with that entry to Power Maxed Racing, which operated the factory-backed Vauxhall Astras in the series.

Price, 19, joined the BTCC with Subaru last season after a campaign in the Renault UK Clio Cup. He placed 31st in 2017 standings with nine points, but had yet to figure in the top 15 this season. He has also contested TCR UK rounds in 2018.

“I am very grateful to have been given such a great opportunity with BMR to be part of the British Touring Car Championship over the past 18 months, it really has been a great learning curve," he said.

"I am looking forward to having the time to focus on my own individual goals and future motorsport career.”

Team BMR principal Warren Scott added: “While we would have liked to continue running the third car until the end of the year, when we looked at all the options it just wasn’t possible.

"With the lack of drivers available, with the talent and budget to suit, we took the opportunity to sell the TBL early to secure our plan of running two cars next year.”

It sold the Chevrolets, along with the licences, to BTC Racing at the end of 2016. Since then, it has used two TBLs which have been on loan from BTCC series director Alan Gow.

Weaver explained: “The only reason we sold the TBLs we originally had was because that was the only way BTC would have bought the cars: it wasn’t going to purchase them without the TBL to enter the championship.

“We are very grateful to Alan Gow for loaning us the TBLs to allow us to bring Vauxhall back to the BTCC from 2017, but we know he has a desire to reduce the grid numbers in the future.

"That means we knew we had to get hold of a permanent licence to secure our place on the grid. We are also confident of purchasing another TBL before the end of this season.”

Gow has now taken back the loaned licence and will have the second returned to him by the end of this season.

Power Maxed Racing runs the cars of Josh Cook and Senna Proctor in this year’s competition and the pair have taken three wins between them.

How the BTCC is tackling drivers who don't pay their bills