BTCC season preview: Can newcomer Subaru be the star turn?

ITV4’s lead BTCC TV commentator David Addison explains why he’s revved up over the 2016 season, which kicks off this weekend at Brands Hatch.

A friend of mine keeps telling me that the BTCC is a shadow of its former self. No manufacturers, no decent drivers…. no idea!

This season has the makings of being one of the best in a long time. OK, I would say that, wouldn’t I - but it isn’t just noise.

I reckon that you could have two championships in one in a sense, depending upon how long it takes the new Subaru Levorg GTs to get up to speed. Once they do, they will be hunting down anyone who made an early-season points break and the championship dynamic is going to change.

Oh, and young guns Josh Cook and Ash Sutton in their MGs and the likes of Tom Ingram and Adam Morgan aiming for race wins as well. There is going to be a lot happening.

Let’s start at Honda. Shedden raced superbly in 2015 to take his second title. His uncompromising but fair style made him a class act, rarely making mistakes and never one to barge a way through.

He is as good a racer than anyone out there and drove better than ever in ’15. He starts as a man to beat.

Teammate Neal is aiming for a fourth title and knows that scoring consistently is as important as trying to win races. There are some who are happy to write off Neal as yesterday’s man, but you discount him at your peril: he is a still a winner and a potential champion. 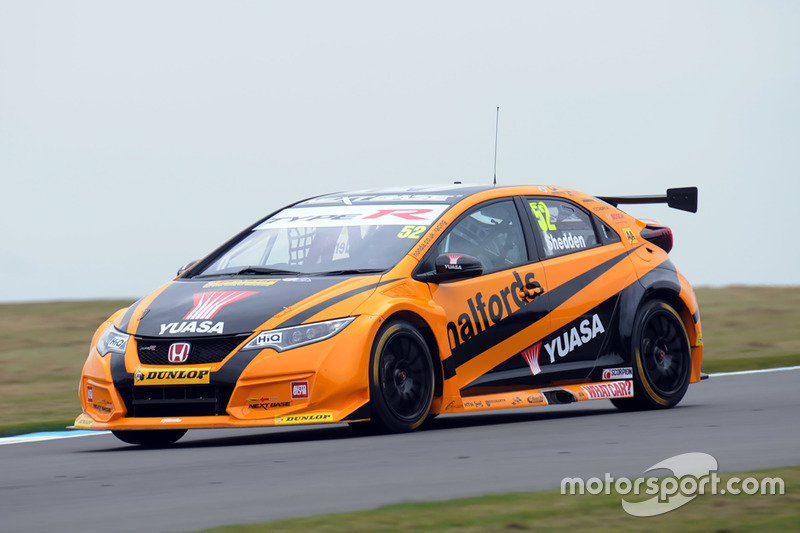 Last year, Motorbase Performance did but a half season with its Ford Focus, its campaign derailed by a lack of sponsor. When the team returned at Snetterton, its Focus was a tad anonymous but thereafter was the car to beat.

Some questioned its power output, the team countering that it was a combination of a good engine (the new Mountune-built unit) allied to a fine chassis. This year, we will see for sure.

Except, will we? On paper, the Focuses of Andrew Jordan and Mat Jackson should be unstoppable, but Motorbase’s win rate isn’t as high as it would like, so it will be interesting to see if it remains at the top. It will, after all, have to adapt to the new parts that the cars run now, built by RML to replace GPRM components.

They are not compulsory, but the leading teams have all switched and have had to learn about them – and quickly. Is that the element that might weaken Motorbase’s campaign?

It shouldn’t, in theory, as the respected Olly Collins and his team should be able to get on top of that and with Jordan launching his plans before Christmas, test days have been numerous.

Both Jordan and Jackson are winners; Jordan, remember, a champion, and with budget and a demon car in place, Motorbase can have no excuses: this is the team’s best shot for the title and it can’t slip up.

Jordan needs to bounce back from a disappointing 2015 and he arrives at what is almost Jackson’s manor: the latter has been a stalwart of Motorbase’s BTCC team for years so the fight between the two team-mates will be one to watch. This could be a mini soap opera in itself. 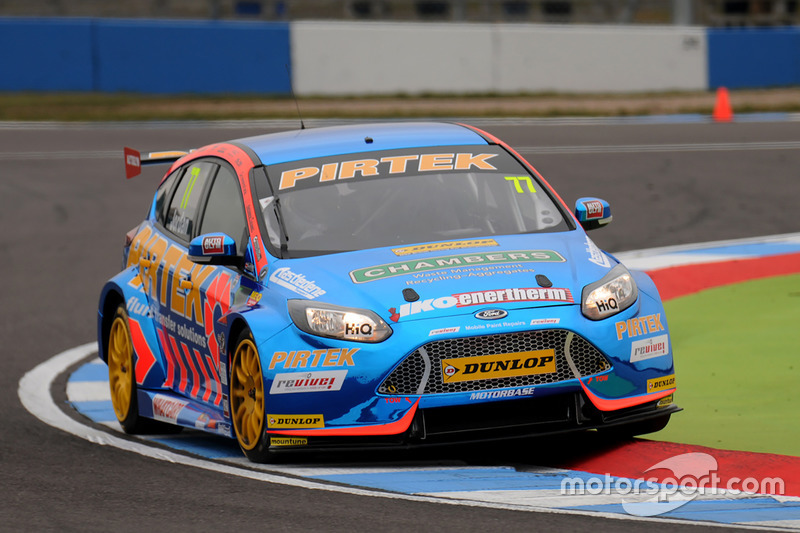 Former champs Triple Eight and WSR in the mix

Triple Eight had a poor 2015, just one win for Jack Goff, but with impressive Josh Cook (podium finisher last year) and newbie Ash Sutton, plus renewed motivation in the garage, there is optimism about its campaign with the MG6 GTs.

WSR keeps Sam Tordoff and Rob Collard in the BMW 125i M Sports, while Goff moves into the IHG seat vacated by Andy Priaulx. Goff needs to get stuck in more but knows he can win in the BTCC – he just needs to do it more often in what is a golden chance for him.

Throw in Adam Morgan, the only man to finish every lap of every race last year, who gets better season on season, his fellow Mercedes-Benz A-Class racer Aiden Moffat who is after a maiden win, and Tom Ingram, who bagged podium finishes last year, and there is a wave of tomorrow’s stars all fighting for honours.

Ingram, who along with the Speedworks team has worked hard all winter to secure a decent budget, is a real dark horse and a driver who is highly regarded by his peers.

So if you take that lot as potential early season race winners, they’ll be scoring points and establishing a pecking order in the championship… while the Subaru Team BMR squad plays catch up. 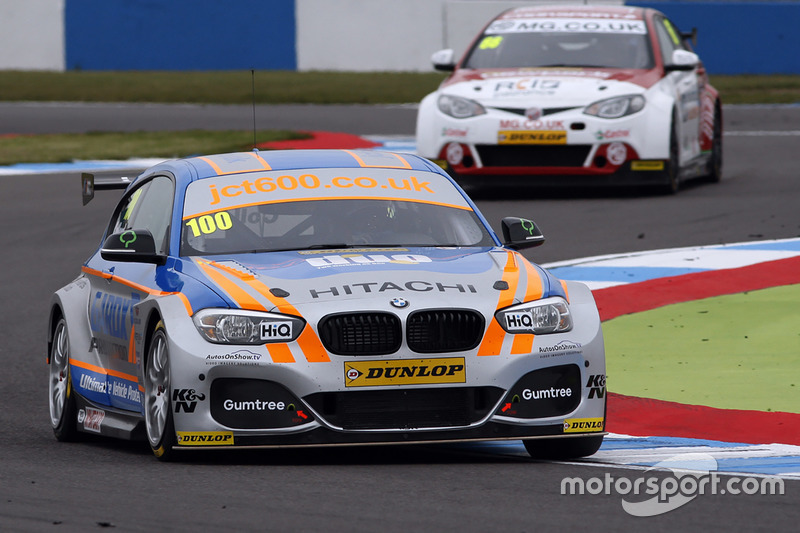 Don’t rule out the new Subarus

Now, that catch up could be half a season, it could be just one practice session - we just don’t know as the cars didn’t run at media day and the build of four before Brands Hatch is a task that even Hercules would blanch at.

But be warned: these cars are going to be seriously quick. The boxer engine allows for a better position in the car and that, in turn, helps the weight distribution.

Once the Levorgs are sorted, they will be hard to stop, and Jason Plato, who was instrumental in making the deal happen, is beside himself with excitement about the project. All racing drivers are optimists, but trust me, this isn’t Plato playing to the gallery: this is genuine excitement because he knows how good the Subaru will be.

It will be interesting as well to see how JP and Turks shape up: these cars are rear-wheel drive and Colin is regarded as a RWD master, so will he assert himself over Plato? Then again, Plato has raced rear-wheel drive cars too, so there is no reason to suggest that the Northern Irishman will blow him away.

Can either be a champion? Yes, but that depends on exactly when the Subarus hit the front. Could it be at Brands Hatch this weekend? Yes, it could. If not, the others have to crack on and get points on the board – and plenty of ‘em.

The scene is all set

There are some returning midfielders new drivers like former Scirocco R Cup race winner Chris Smiley and British soap actor (and handy driver) Kelvin Fletcher, with a new team (BKR) on the grid as well.

It will be a season of drama, some pit lane grumbling, inevitably, but one that generates action aplenty over 30 races.

Whoever takes the title won’t have had it easy… 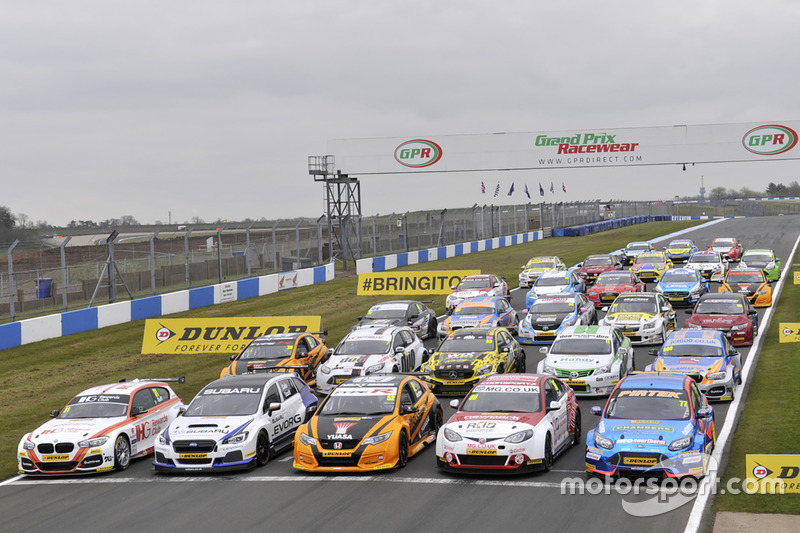 Alan Gow: "You can't buy success in the BTCC"