BTCC title permutations: Who needs to do what at Brands Hatch 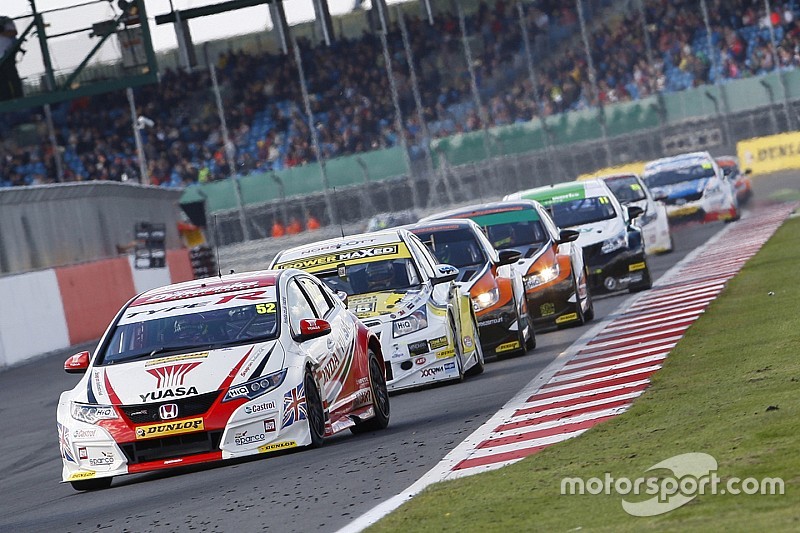 With five drivers in mathematical contention for the 2015 BTCC title heading into the final round of the season, Motorsport.com explains who needs to do what to come out on top at Brands Hatch.

Before we dive in, a quick look at how the drivers' table looks with three races remaining and 67 points on the table:

What's immediately clear is that 2012 champion Gordon Shedden is very much in the driving seat heading to Brands, the Scot holding a handy 23-point advantage over nearest rival Jason Plato.

Shedden needs only to score 45 points in the three races at the Kent track to assure himself of a second BTCC crown, the equivalent to a trio of third places, no matter what anyone else does.

This is a feat he has achieved twice – at Thruxton, where he was first, third and fifth, and at Rockingham, where he second, first and eighth.

It's also worth noting that he has scored no fewer than 32 points at every round this season, with the exception of his nightmare Snetterton outing.

Plato meanwhile must outscore Shedden by 23 to take a third BTCC title, assuming that he would win a tie on countback with five wins this year to Shedden's four.

That's an average of eight a race – the difference between victory and finishing fourth. Only at Snetterton has he outscored Shedden by such a margin.

Plato's biggest points haul of the year came at Oulton Park, where he scored 55 with a double win and a fifth place – near enough a perfect weekend given the series' ballast and tyre rules.

Were he to match that tally at Brands, Shedden would need 33 points, the equivalent of three fifth-place finishes.

The BMR driver also has the disadvantage of having to run soft tyres in race one, while Shedden will get to use his option rubber in race two, when track temperature is likely to be at its peak.

Neal and Turkington outside shots

Defending champion Colin Turkington, also in search of a third BTCC crown, is 32 points off the top spot – meaning he would have to outscore Shedden by 33 and Plato by 10.

Turkington's best points haul of the year is 53 - second only to his teammate Plato - which he took at Snetterton with a double win and a seventh, meaning he will be relying on others' misfortune to come through.

It's much the same scenario for Honda driver Neal, who would need to outscore Shedden by 38 points, Plato by 15 and Turkington by 10 to notch up BTCC crown number four. His best weekend of the year was Oulton Park, where he took 46 points.

2013 champion Andrew Jordan meanwhile needs nothing short of a miracle to come through for a second title, being 64 points adrift. If Shedden scores three points in race one – equivalent to 13th – it's all over for the MG driver.