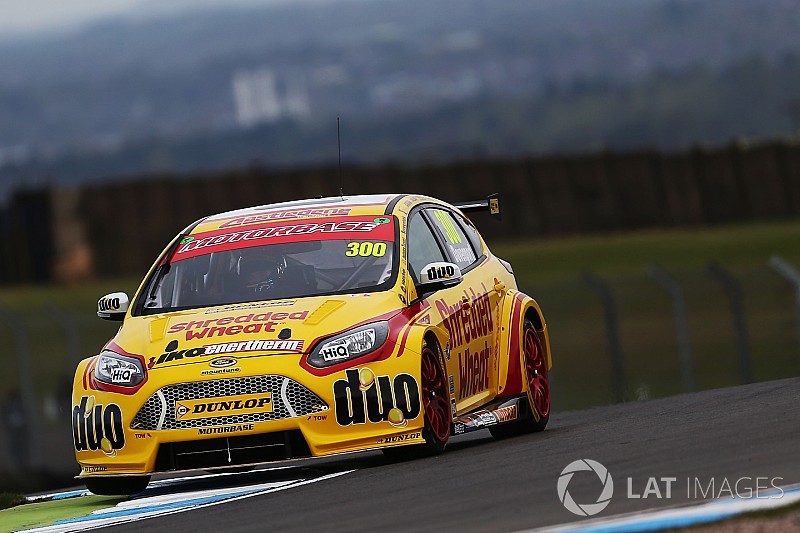 Motorbase ran just two Ford Focuses for his teammates Mat Jackson and Martin Depper in the last BTCC round at Snetterton, but will now bring its former British and Blancpain GT driver Butcher in from this weekend's Knockhill event onwards.

Team principal David Bartrum expressed frustration with BTCC organiser TOCA, saying Motorbase had been told its TOCA BTCC Licence for the third Ford would be revoked if it did not return to full strength for Knockhill.

"Considering the size of the accident at Croft, we were hoping that TOCA would be a bit more respectful of Luke’s condition regarding the third car whilst he was still recovering in hospital and also of our position with the timescales involved," Bartrum said.

"However, it was made very clear that there was no leeway at all in regards to losing our third licence so we had no choice."

The team has had to build up a new car in four weeks to replace Davenport's car, and Butcher is due to shake the new chassis down at Ford's Dunton test track on Wednesday.

"The car has only just been built and it’s my first time in touring cars so it’s a kind of shakedown for the car and me," said Butcher.

"When I first started racing, I looked up to the touring cars and it was my ambition to reach the BTCC grid.

"Although my racing career has ended up going across to sportscar racing and the GT world, switching over to the BTCC is a dream come true."

Bartrum said Butcher's local knowledge at Knockhill would be beneficial given the race to get the car ready.

"As soon as we knew that we had to get the third car back out for Knockhill onwards, Rory became our natural choice for the seat," he said.

"Rory is a Motorbase driver through and through; he’s done a lot with us in GT racing, we know him very well and he knows Knockhill very well which was a huge plus as it’s the first test for the new car."