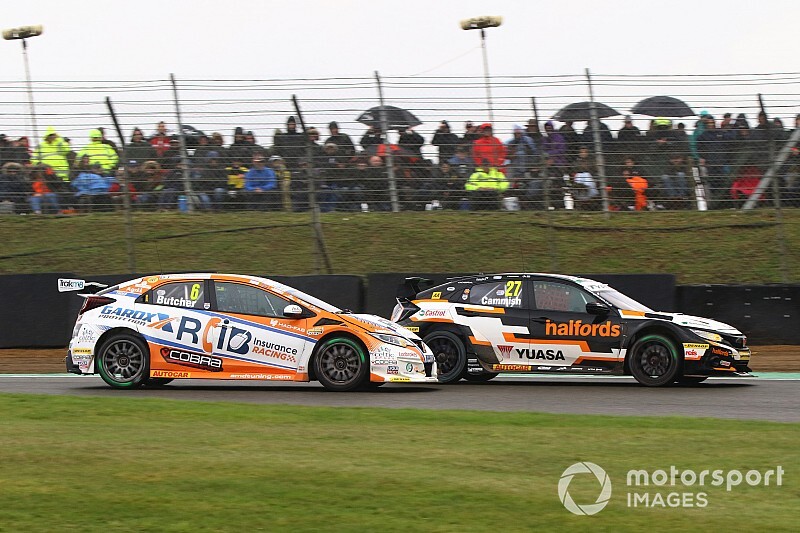 Dan Cammish says he does not “feel anything” after losing the BTCC title less than two laps from the end of the final race at Brands Hatch.

The Team Dynamics Honda driver took the points lead for the first time this season from erstwhile leader Colin Turkington after the reigning champion was spun by his Cammish’s teammate Matt Neal in race two.

But Turkington mounted an incredible comeback from 25th on the grid to sixth in his WSR BMW, which was enough to win his fourth series title by two points after Cammish suffered a brake failure and hit the barriers.

Cammish fell to third in the standings as a result of drawing on points with Andrew Jordan, who had scored six wins to Cammish's two.

“It hasn’t sunk in, I don’t think it’s hit me," Cammish told Motorsport.com. “I’ve never been in shock but I feel as though this is as close as I might get.”

The TV feed showed the front brakes on Cammish’s Honda were glowing far more compared to his rivals. Motorsport.com understands his brakes faded and the pedal travel increased.

As he hit the brakes with extra force to slow the front end approaching Hawthorn Bend on the penultimate lap the rear axle locked, causing him to spin backwards across the gravel and mount the tyre wall to record his only non-finish of the season.

“Obviously the impact was fairly big,” Cammish added. “I am fine but I feel a bit numb. I don’t feel anything, I don’t feel sad. What’s just happened there?

“I don’t think it’ll dawn on me just how close I came and just what’s happened. I came within one-and-a-half laps of being the touring car champion.

“It’s sad and hard to take, but I’m trying to see the positives.”

Team Dynamics are also investigating whether Cammish might have also hit the accelerator pedal briefly when he applied the brakes.