Cook to race in Silverstone BTCC opener under appeal 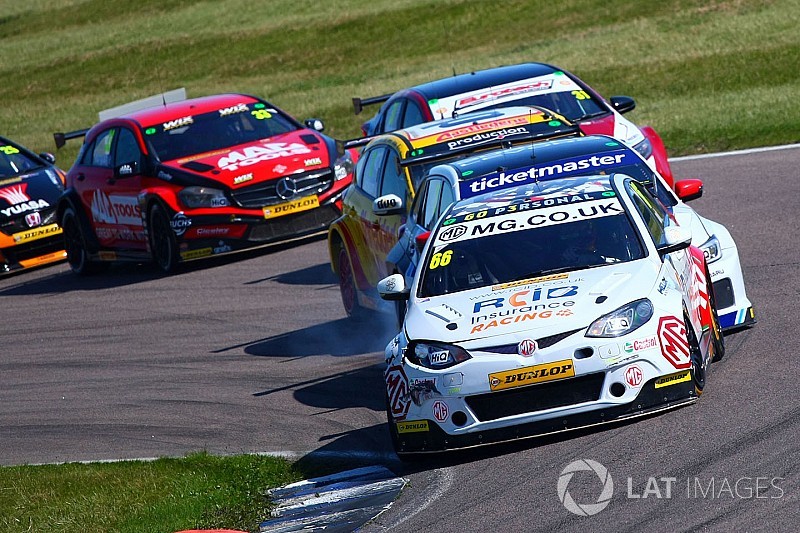 BTCC racer Josh Cook will take part in the opening race at Silverstone after appealing a ban which was imposed after the last round at Rockingham.

Triple Eight Racing MG driver Cook was involved in contact with Stephen Jelley’s Team Parker Ford Focus in race three at Rockingham three weeks ago, and was blamed for the accident.

Because it was his fourth ‘strike’ of the season, new rules which were created this season mean he incurred a one-race ban.

Cook appealed that decision, but it was upheld by stewards at Silverstone on Friday night.

The team has now appealed that censure to the National Court, which is likely to hear the case after the final rounds of the championship at Brands Hatch on October 1.

It means Cook will be able to take part in all three rounds at Silverstone this weekend and also the three rounds at Brands under appeal. If he loses his appeal after that, points from all six rounds will be stripped.

Triple Eight team manager Micky Sargeant said: “There was a mechanical problem with the car at Rockingham which caused the race three incident, and we want to clear Josh’s name. So does he, and that is understandable.

“We are in a good position to get strong results at Silverstone [where MG scored a 1-2 finish last season before a technical exclusion] and we don’t want to lose that chance.

"We want to be able to show the best of the MG here at Silverstone.”

While Cook is racing after appealing his fourth ‘strike’, the other three will remain on his licence. That means any further penalty he might accrue at Silverstone would then constitute his fourth strike and he would be banned anyway.

It also means the results of the championship will remain provisional after the Brands Hatch rounds until the court has sat.