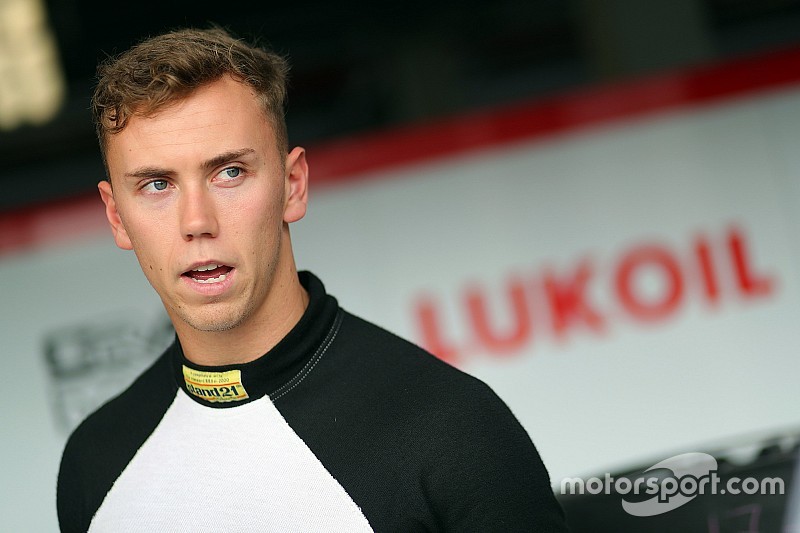 Dan Lloyd secured his maiden victory in the BTCC with a fine lights-to-flag drive in the final race of the weekend at Croft.

Lloyd was drawn on pole having finished race two in ninth spot and made the perfect start to lead the field into Clervaux for the first time, with a fast-starting Tom Chilton moving into second spot.

No stranger to running out front this year during his dominant program in the TCR UK series, Lloyd would produce a dominant drive at the head of the pack as he gradually eased away from the pack behind.

“I’m lost for words – I’m so happy,” he said. ‘It means so much to the team as we didn’t know if we’d be out after the damage at Oulton and it’s amazing to get a victory.

“This is just awesome. I know I’m quick and that I can do the job, and credit to the team. To get a win in my fourth day in the car is unbelievable.”

After his strong start, Chilton would run in second throughout but couldn’t match Lloyd for pace, instead being forced to drive with one eye in his mirrors in the closing stages after Senna Proctor closed in behind.

As it was however, the top three drivers would end the race as they had ended lap one, with the focus instead falling on the battle for fourth behind.

Despite the maximum ballast on his car, Ashley Sutton seemed to be the man most likely to take best of the rest honours as he worked his way through the field from ninth on the grid but having battled hard to climb into fifth, he then came across the Honda of Matt Neal.

At the end of the eighth lap, Sutton made his move for position to get into fourth but a touch between the pair at turn one on the following lap saw Sutton go across the gravel and brush the barriers before rejoining.

Neal went on to take fourth spot, with Sutton then battling with the BMWs of Colin Turkington and Andrew Jordan in the fight to be best of the rear-wheel drive cars.

Turkington prevailed to maintain his lead in the points going into the summer break, with Sutton and Jordan following close behind.

Sam Tordoff completed a solid weekend with eighth place after holding off Tom Ingram on the run to the line, with Tom Oliphant breaking into the top ten in his Mercedes.

Of the other main championship contenders, Adam Morgan took 13th place for his only points finish of the weekend but a miserable meeting for Jack Goff ended with no points on the board as he retired to the pits.