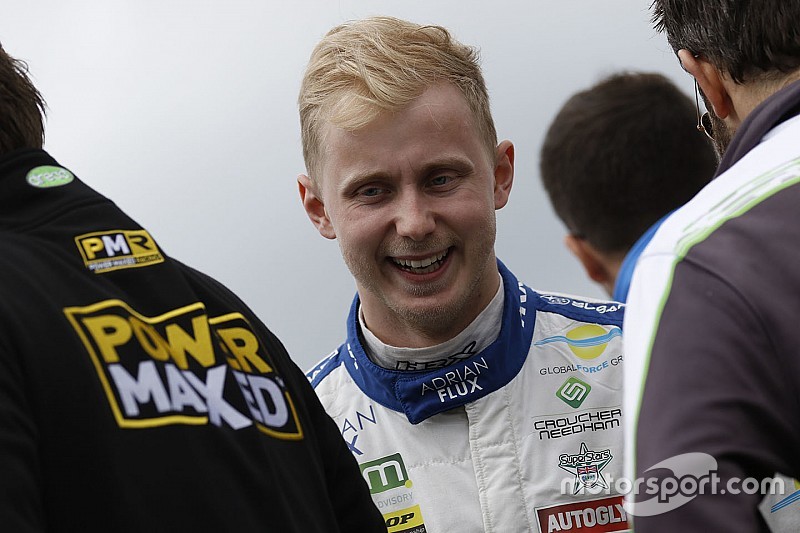 Team BMR Subaru's Ash Sutton was handed pole position for the Croft round of the BTCC after qualifying was abandoned due to a mid-session pile-up.

Sutton had only done three flying laps in the nine minutes of the scheduled 30-minute session that were run, but his 1m33.182s lap was good enough for him to take pole by 0.561s from Colin Turkington’s WSR BMW.

Josh Cook, who is returning to the Triple Eight MG team for this meeting, was fifth ahead of his teammate Aron Taylor-Smith, who was one of those involved in the accident and will not start on Sunday.

The session was halted after a huge pile-up involving 12 cars at Barcroft corner. Luke Davenport (Motorbase Ford) and Jeff Smith (Eurotech Honda) had to be cut from their cars before being taken to hospital. Their injuries have been described as not life-threatening.

Taylor-Smith was also involved and was knocked out in the accident. He was taken to the circuit’s medical facilities to be checked over and has since been taken to hospital.

Smith had qualified 11th, but will not take part on Sunday's races, while Davenport failed to set a laptime and will also be a non-starter.

“There is 100 metres of oil on the track and the rain on the circuit is expanding it all over the place,” said Shedden. “They are trying their best to clean it with a road sweeper, but that is just pushing the oil around.

“There could be another accident going through that corner with the track in the condition it is, so it is better to stop it.”

Davenport in a coma after Croft BTCC qualifying crash