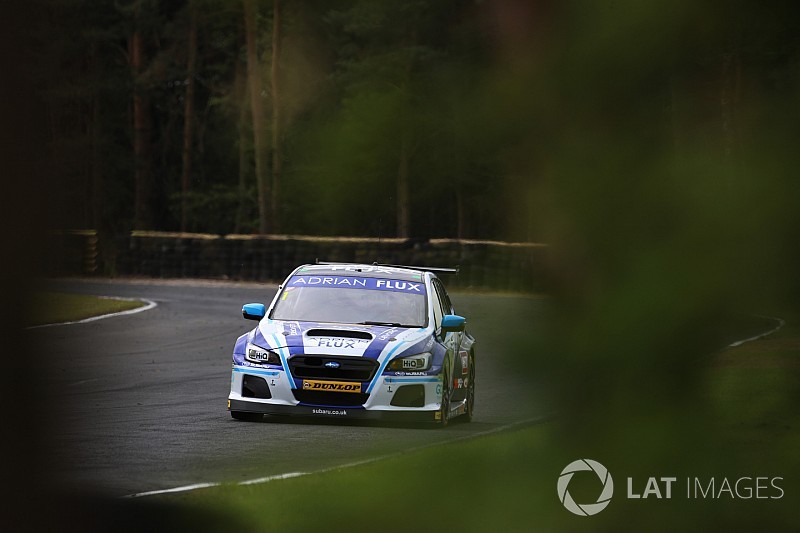 Ashley Sutton made it two wins from two with victory in the second BTCC race of the weekend at Croft.

The Team BMR driver repeated his success from the opening race with a measured drive that saw him lead the majority of the 15 laps, bringing him to within 50 points of the championship lead.

When the lights went out it was the Toyota of Tom Ingram that made the best start to lead into turn one, but the Speedworks man wouldn’t be able to get away out front as Sutton kept him honest through the opening lap.

Heading into the final hairpin at the end of lap two, Sutton saw his chance to go for the lead and slid up the inside into the left-hander to move ahead.

Despite carrying maximum ballast on his car, Sutton was able to start edging away from Ingram behind as the Speedworks man had to contend with pressure from Colin Turkington behind.

It meant a relatively straightforward second win of the day for the defending champion; the first driver to achieve the feat this season.

“I wouldn’t speak too soon but it’s looking good, the car has been phenomenal and it felt awesome," he said.

"I know the final corners are prime for traction and Tom didn’t make it too hard. I had to push to get the gap and it helped when he was under pressure but he’s doing well with a front-wheel drive car.”

The battle for second would run for the entirety of the race, with Ingram forced to place his car in the perfect position lap-after-lap to keep Turkington at bay.

The WSR driver had run fourth on the opening lap before inheriting a place when Jason Plato was hit with a drive through penalty for a false start. There was no way to get ahead of Ingram however, with Turkington forced to settle for third when the chequered flag dropped.

Unable to keep pace with the top three ahead, Sam Tordoff was fourth best for Motorbase as he repeated his strong result from the opening race although he saw his advantage over Andrew Jordan cut in the closing laps.

Jordan had spent the first half of the race dicing for position with team-mate Rob Collard but got ahead with a fine move at Tower mid-way through the race, just before Collard had a spin at Hawthorn that forced him to pit with a puncture.

Tom Chilton in the second of the Fords was able to benefit from Collard’s misfortune as he raced well through from 15th to take sixth; the former WTCC racer being one of the drivers to also make the most of a moment for teammate James Cole on the opening lap that split the midfield pack.

Lloyd will start the final race from pole position thanks to the reverse grid draw.

Aside from Plato and Collard, the race would prove to be problematic for a number of drivers, with Josh Cook forced to retire after he dramatically went off into the field at Tower at high-speed on the opening lap.

Adam Morgan’s wretched day continued as he was hit with a drive through penalty that meant he once again failed to score.