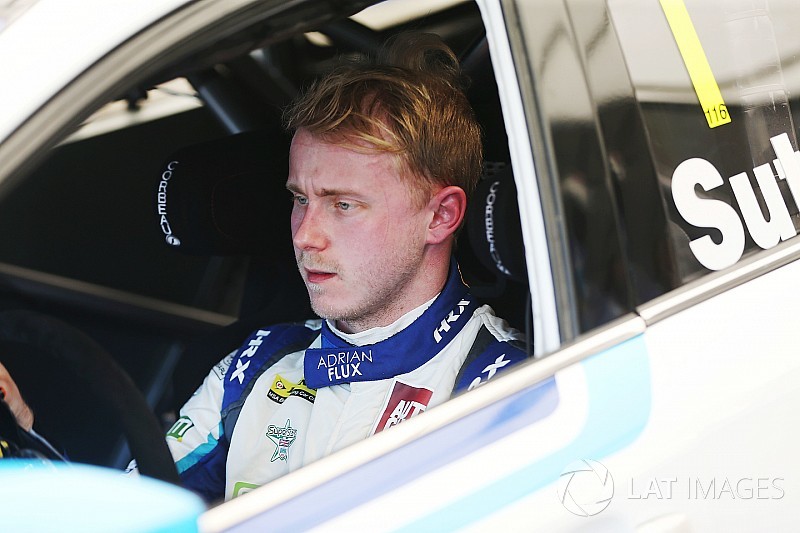 Ashley Sutton secured his first pole position in twelve months after topping the times in qualifying for the latest rounds of the BTCC at Croft.

Sutton jumped to the top of the times almost as soon as the session had got underway with a lap just shy of Tom Ingram’s best in free practice, and could well have gone quicker on the next two when he went purple in the opening sector.

A combination of traffic and a spinning BMW of Rob Collard forced him to back off however, but having pitted for new tyres, the defending champion then went back out for his second run and immediately bettered his time to go nearly half a second clear of the chasing pack.

As the chasing pack closed in, Sutton went out for one final run but ran wide through the gravel at Clervaux on the first timed lap and was unable to improve.

Despite that, Sutton’s time would prove to be unbeatable as he secured his first pole since the corresponding meeting last season.

“If Colin [Turkington] had no ballast it would be a different story,” he said. “We still aren’t right but everyone involved with the team and the guys at Swindon have worked hard to get us here.

“We’ve made it count today without the ballast and we’ll see what happens in the opening race. We’ve not done much running with wright in and hopefully we’ll be in a position to carry some after race one tomorrow.”

There would be extra reason to cheer for Team BMR as Jason Plato made it a Subaru 1-2 at the front of the field with by far his best qualifying performance of the season.

Prior to Croft, Plato hadn’t qualified inside the top 20 but would fall just a tenth of a second shy of the top spot, with WSR’s Andrew Jordan completed a rear-wheel drive lock-out of the top three at the wheel of his BMW.

Sam Tordoff’s impressive qualifying record continued as he led the way amongst the front-wheel drive cars, making the most of the lack of ballast on his Ford Focus to go fourth quickest; little over two tenths of a second away from pole.

Behind Tordoff came the first of the more ballast-heavy cars, with Tom Ingram taking fifth spot ahead of championship leader Colin Turkington.

In what was a good session for the BMWs, Rob Collard and the Team Parker-run car of Stephen Jelley then completed the top eight – the latter having recovered from an engine change between practice sessions.

Further down the field, it would prove to be a troubled session for the Honda drivers, with Matt Neal in 15th spot despite stopped at Sunny In in the closing stages and team-mate Dan Cammish five spots further back in 20th.

Championship hopeful Jack Goff also has work to do on race day having qualified back in 26th in his Eurotech-run Honda.