Davenport in a coma after Croft BTCC qualifying crash 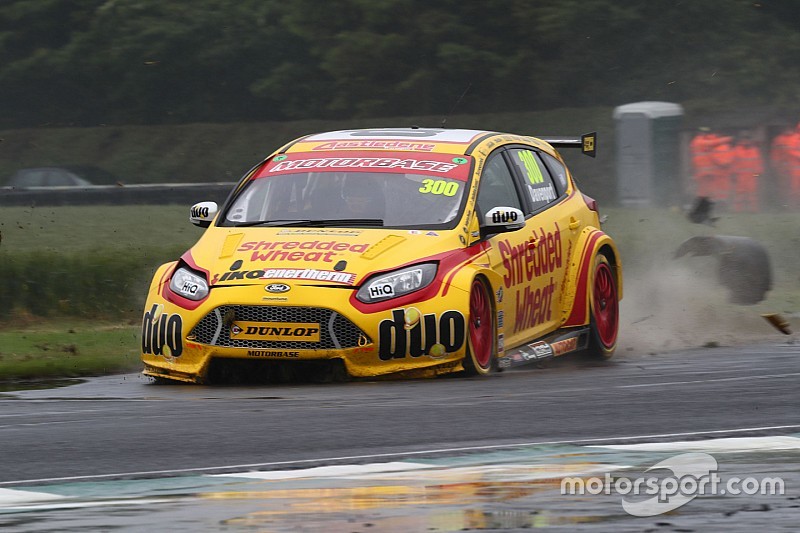 BTCC racers Luke Davenport is in an induced coma and Jeff Smith has serious injuries after an accident in qualifying at Croft on Saturday.

Eurotech Racing Honda driver Smith and Motorbase Performance Ford man Davenport were part of a multi-car pile-up early on in the qualifying session at Barcroft corner.

Both had to be cut from their cars and were taken to the circuit’s medical centre to be stabilised before being transferred to the James Cook Hospital in Middlesborough.

A statement from series organisers TOCA said: “Luke Davenport is currently in intensive care in an induced coma, and is in a serious but stable condition, with multiple chest injuries, lung damage, broken right leg, broken pelvis, broken right arm and concussion.

“All of the above injuries, whilst very serious, are not immediately life threatening.”

Triple Eight Racing MG driver Aron Taylor-Smith was also involved in the accident, and was knocked unconscious in the accident. He was helped from his car and was taken to the circuit’s medical centre for checks.

He was later transferred by road to the James Cook Hospital, where he was diagnosed with a fractured leg. He will attend Sunday’s meeting but will not take part.

Ash Sutton (Team BMR Subaru), whose car also picked up damage in the accident, will start the day’s opening race from pole position.

UPDATE: This story originally referenced Jeff Smith as also being in an induced coma, based on information supplied by officials.