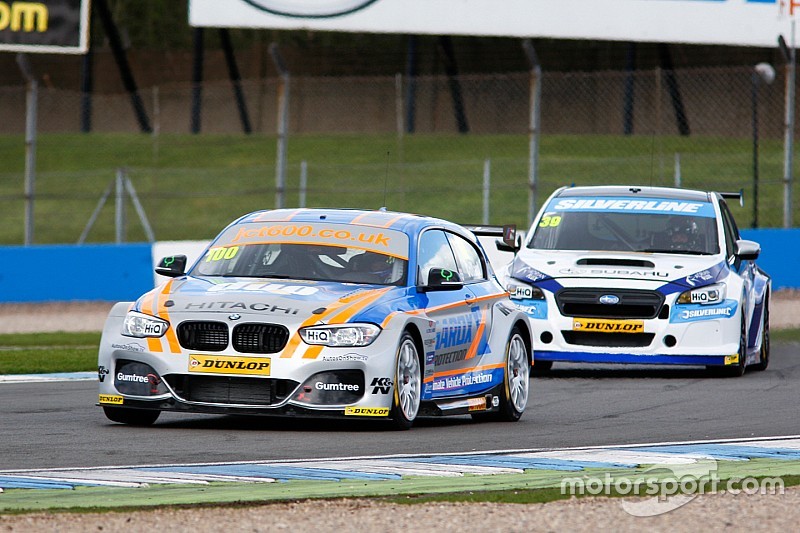 Collard got a lightning start off the line to end up third behind Race 1 winner Mat Jackson and Tom Ingram on the run towards Redgate.

As was the case in race one, the safety car made an appearance before the end of the first lap, this time for the stranded cars of Ollie Jackson and Kelvin Fletcher in the Redgate gravel trap for unrelated incidents.

Further up the track, Hunter Abbott also found himself spinning off into the infield. Four laps later, the safety car pulled in and Jackson started to control the race at the front.

Meanwhile, Ashley Sutton, running the soft tyre, was visibly holding up the pack behind him in fifth. As Sutton dropped through the field, Collard was clawing his way up the podium placings, taking second on lap 12 before getting right up to Jackson’s rear bumper.

By lap 15, Collard had taken the lead and didn’t look back for the final three laps. Further back, Gordon Shedden had a strong recovery drive, going from 11th on the grid up to fourth.

Ingram suffered a cruel fate, being in the running for a podium in the early stages before getting caught up in a thrilling battle with Jack Goff and Smith.

It unfortunately ended with Ingram careening over the grass on the exit of the chicane.

The Speedworks driver would have to settle for 15th and a solitary point at the chequered flag.