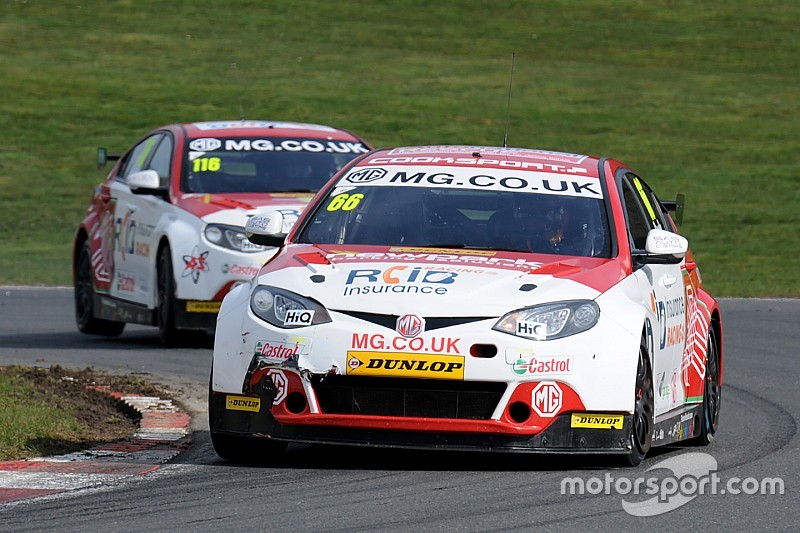 In a session truncated by two red flag periods, Cook jumped to the top of the times in the final three minutes in his MG6 GT, before setting his eventual best time of 1m10.129s on his final lap of the session.

After topping the first session in the morning, the British driver maintained his fine form in the second BTCC round of the season.

Behind Cook, Tordoff was another late improver in his BMW 125i ahead of Ingram, who had led proceedings since the 15 minute mark in his Toyota Avensis.

Aiden Moffat was an impressive fourth in his Mercedes A-Class ahead of reigning champion Gordon Shedden, with Mat Jackson, Ash Sutton, Jeff Smith, Aron Smith and Rob Collard rounding out the top 10.

Ballast-laden championship leader Matt Neal was mired down in 17th in his Team Dynamics Honda Civic Type-R, with Colin Turkington the best of the new Team BMR Subaru Levorgs in 19th.

Jason Plato was 21st, James Cole 23rd and Warren Scott 29th, the latter responsible for one of the two red flags.

The first stoppage came after 15 minutes due to an off for Team Parker Racing’s Alex Martin, before Scott also had a trip into the gravel with 15 minutes to go.

There were also dramas for Eurotech Racing’s Smith, who had a spin, and Team Hard’s Chris Smiley, who returned to the pits missing his front-left wheel.