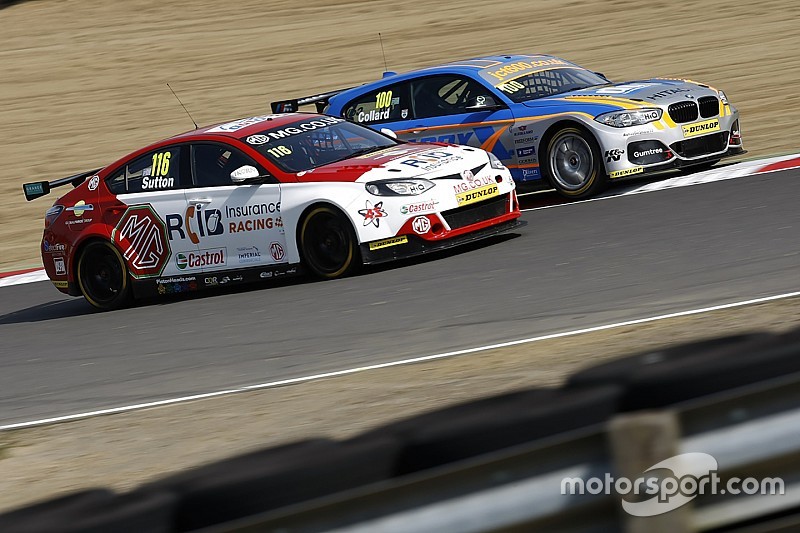 The session began with a wet track, with Tom Ingram the fastest of the first flying laps, but about 10 seconds slower than times set in the two morning practice sessions.

Mat Jackson, then, went quickets the next time around with a time of 1m19.901s leading Sutton, Josh Cook, Colin Turkington and Sam Tordoff. However, with just over five minutes to go and the track drying out, times began to tumble.

A plethora of drivers, including Tordoff, Andrew Jordan, Jackson and Gordon Shedden all had their time at the top of the standings, with the latter being the driver on top as the session came to a premature end owing to Jordan going into the gravel at the Old Hairpin.

With the clock reset to five minutes, a frantic five minute dash for pole ensued, with Jackson the first man to dip into the 72 second lap times with a 1m12.261s, taking provisional pole before ending up in the Old Hairpin gravel trap on the very next lap.

Sutton then took pole position on his next flying lap, half a second ahead of Jackson’s time, posting a 1m11.729s. Sutton’s time came seconds before the red flag, and later chequered flag, came out for the stranded Ford Focus.

Cook followed his teammate on to the front row, while Jackson was able to keep third, joined by Honda’s Shedden on the second row.

Warren Scott, James Cole and Jason Plato ended in 16th, 17th and 18th respectively. Jordan ended up 25th in the standings having been unable to compete in the five minute shootout having caused the red flag.