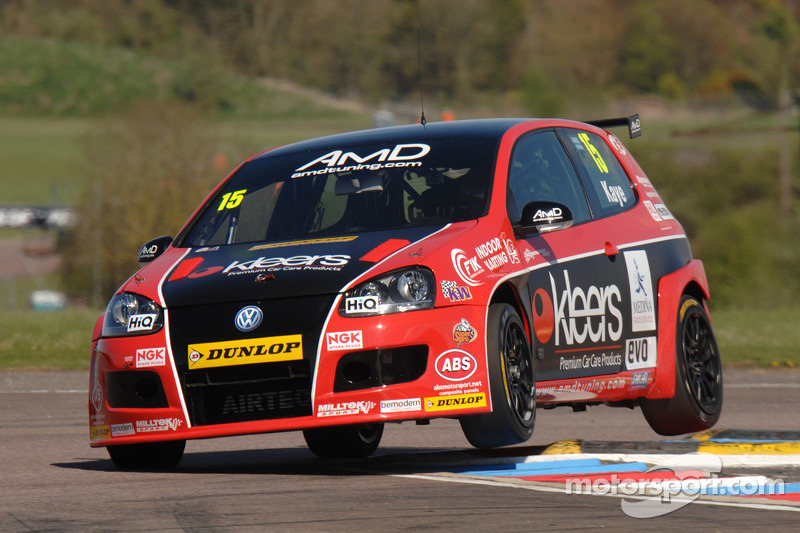 The AmDTuning.com team driver James Kaye had only sampled the car for the first time in a brief test at the Norfolk circuit prior to the race weekend...

The AmDTuning.com team is optimistic about its chances through the remainder of the Dunlop MSA British Touring Car Championship season despite a challenging debut weekend for the team’s new Honda Civic at Snetterton. 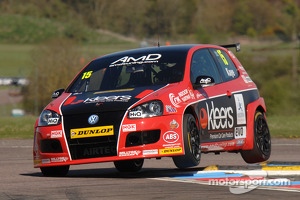 The West Thurrock-based team went into the sixth meeting of the season aiming to challenge for honours in the Jack Sears Trophy, having elected to swap its Volkswagen Golf for the Honda that carried Matt Neal to the overall championship back in 2011.

With Isle of Wight-based racer James Kaye having only sampled the car for the first time in a brief test at the Norfolk circuit prior to the race weekend, the team went into the Saturday practice sessions seeking to maximise its time on track, with James matching the pace of his Jack Sears Trophy rivals throughout.

Having then qualified second in class, James went into the opening race seeking to add to the two wins he enjoyed earlier in the season, only for a turbo failure to force him into retirement after four laps.

With the issue resolved for race two, James battled his way up the order to chase down leader Lea Wood, only for a power steering issue to emerge that saw him slip down the field.

The same issue would then prevent James from taking the start of race three but he remains optimistic about the future given the pace displayed over the course of the weekend.

“We probably came into the weekend setting our expectations a bit high with a new car, and of course we come away disappointed that we failed to get a win,” he said. “However, Snetterton was going to a tough circuit with the boost we had, and we couldn’t have foreseen the issues we then faced.

“We’ve just got to get on with the job at hand and come out fighting next time out. The car is very, very good and it handles superbly, which is just what you need when you get to Knockhill, so I’m confident that we’ll be able to put this one behind us and show what we can do.”

Team boss Shaun Hollamby said that there was still plenty for the team to be optimistic about, despite the challenging nature of the first weekend with the new car.

“It took James a few sessions to get up to speed in the car, but he qualified well and arguably should have been quickest of the S2000 drivers," he said. "He was running strongly in the first race until the turbo issue, and the power steering problem that we then faced in races two and three was one of those things that hasn’t been seen with the car before.

“Of course we hoped to celebrate the car’s debut with some stronger results on track, but the potential is clear to see. Lea [Wood] has had a good weekend this weekend but he can still be caught, and there is no reason why we can’t go to Knockhill and pick up three wins later in the month.”

Although the team endured a tough time on track, it was able to celebrate the start of a new partnership with Scorpion Exhausts, who provide the system on the Civic and will also now work alongside AmDTuning.com on its tuning business away from the circuit.

“We’re pleased to be working with Scorpion on both the racing programme and our core business,” Shaun said. “They were already involved with the Honda from its time with the works team, and we’re delighted to be able to extend those links to include providing Scorpion exhausts for our customers.”

Scorpion Exhausts boss Shaun Leonard said he was also pleased to be able to confirm the new partnership between the two companies.

“We’re delighted to be both a main sponsor and technical partner for the team,” he said. “We feel that the joint venture will prove successful for both parties, endorsing the Scorpion philosophy of track to road technology transfer.”

The soft tyre story so far in BTCC…