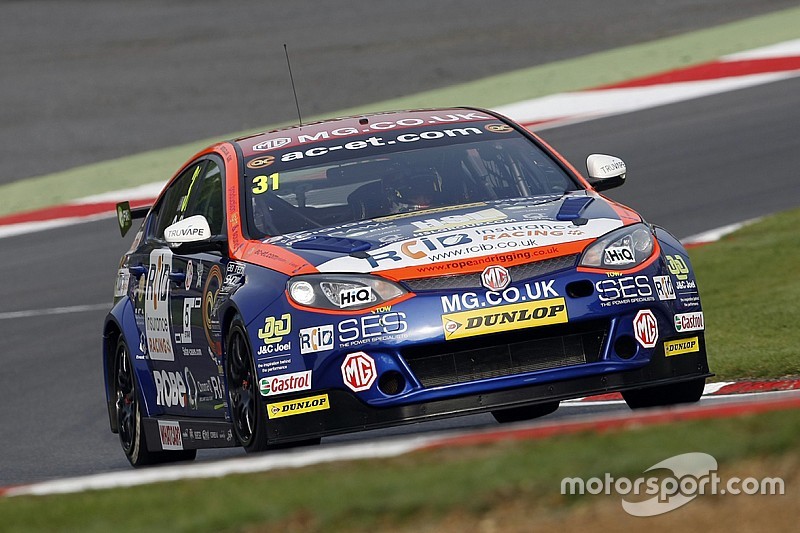 MG driver Jack Goff admitted to using Gordon Shedden's title aspirations to his advantage to seal his fourth podium of the year in the Brands Hatch GP finale.

Goff and Shedden ran side by side battling for third place for much of the race's final lap and, while the latter celebrated his second title at the chequered flag, it was Goff who prevailed in the podium fight.

"I used [the title fight] to my advantage a little bit," Goff said after the race. "I knew that since [Shedden] was in the top six, he would take the championship, so I knew if I kept my nose there, he wouldn't do anything silly.

"I gave him enough respect, but at the same time I wanted a podium for my sponsors and my team."

The podium finish was Goff's fifth overall and his third at Brands Hatch, the scene of his maiden top three finish in the final race of 2013.

Having completed his first season with MG in ninth overall, Goff helped the manufacturer to runner-up in the constructors' standings and the Triple Eight squad to third in the teams' championship.

The Buckinghamshire native's plans for 2016 are not yet sorted, although he said he would prefer to stay where he is.

"The hard work starts now," he said after the race. "We go out and we start raising the budget for 2016. And start talking to the right people.

"Going and getting the money so you can go racing again, that's the hardest part of the year, isn't it?

"We've had a great year, it's been really, really good, so it'd be nice to continue that partnership, but for lots of different reasons we need to go and talk about behind the scenes to work a deal out between us all.

"I need to know if they want me first, they might not want me. So, it's nice to get a podium in the last race to prove what I can do."