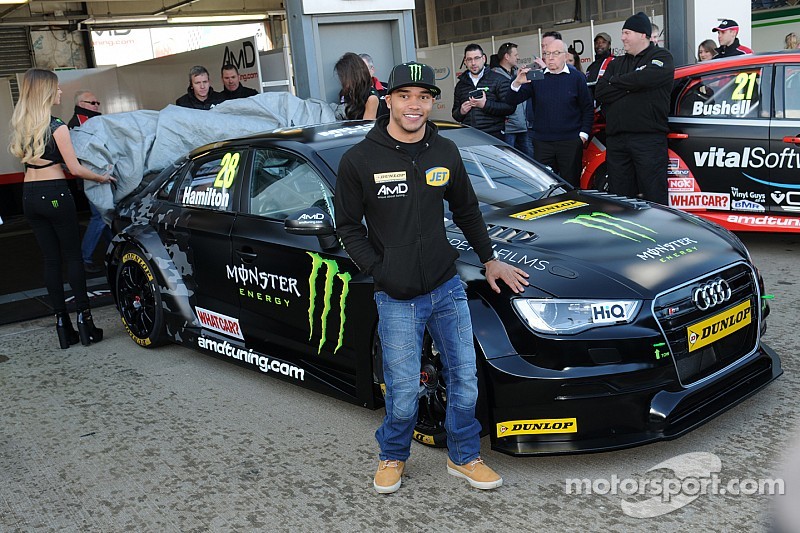 Nicolas Hamilton has had his first taste of the car with which he will contest selected BTCC rounds this season in testing at Brands Hatch on Friday.

The younger brother of two-time Formula 1 champion Lewis is set to participate in five BTCC meetings in 2015, beginning with next month’s Croft round, in an Audi S3 prepared by the AmD Tuning squad.

Hamilton’s running at Brands Hatch was his first time driving his new mount, which has been specially equipped with a hand-operated clutch and modified pedals to cater for his cerebral palsy, and the 23-year-old managed to rack up a solid amount of mileage.

“Today was all about getting myself used to the car,” said Hamilton. “It’s nothing like anything I’ve driven before so it’s a steep learning curve.

“It’s been the kind of day you would expect and everything has pretty much gone to plan.

“We’ve been running on old tyres and not overly focused on set-up as the whole day has really been based around making myself familiar with new surroundings."

AmD team boss Shaun Hollamby added: “We’re really pleased with how Nic has approached his first day behind the wheel. We’ll gradually up the ante and I’m sure we’ll be ready for Croft.”

Further test sessions for Hamilton at Donington Park and Snetterton are planned before he makes his BTCC race debut at Croft on 28 June.