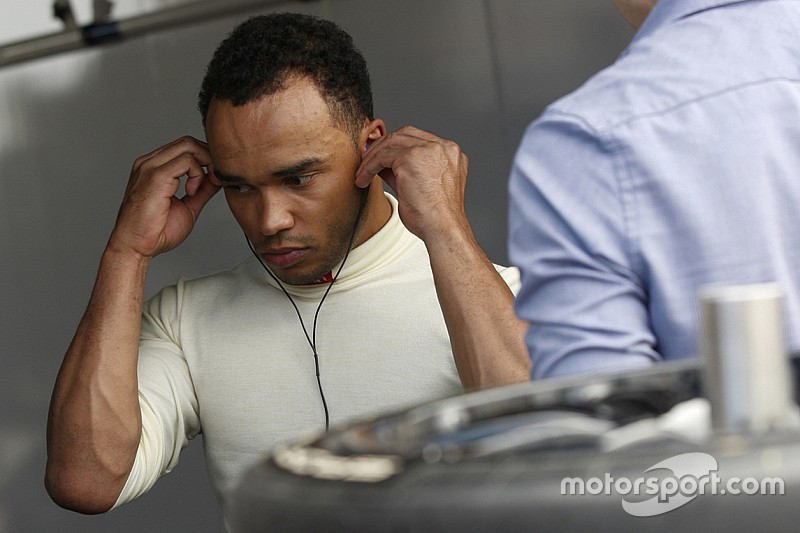 Nicolas Hamilton has elected to miss this weekend’s BTCC season finale at Brands Hatch in order to focus on his 2016 plans.

The younger brother of double Formula 1 champion Lewis, Hamilton, who suffers from a form of cerebral palsy, made his series debut at Croft in a specially adapted AmD Tuning-run Audi S3.

In 12 starts, the 23-year-old’s best finish has been a 16th place, picked up in an attrition-hit second race at Snetterton. As a guest driver, he is ineligible to score points.

Hamilton’s replacement for the weekend will be Jake Hill, who contested six BTCC races in 2013 and has raced a GT4 class Porsche 911 in British GT this season.

“While it’s unfortunate that Nicolas won’t be out this weekend, it’s great that we can give Jake the opportunity to return to the BTCC grid at his home circuit,” commented AmD team principal Shaun Hollamby.

“We’ve supported him since his days in the Ginetta Junior Championship and he has done a great job for us in our British GT Championship Porsche this year, so he was the logical choice to step into the Audi for this weekend.”

BTCC title permutations: Who needs to do what at Brands Hatch