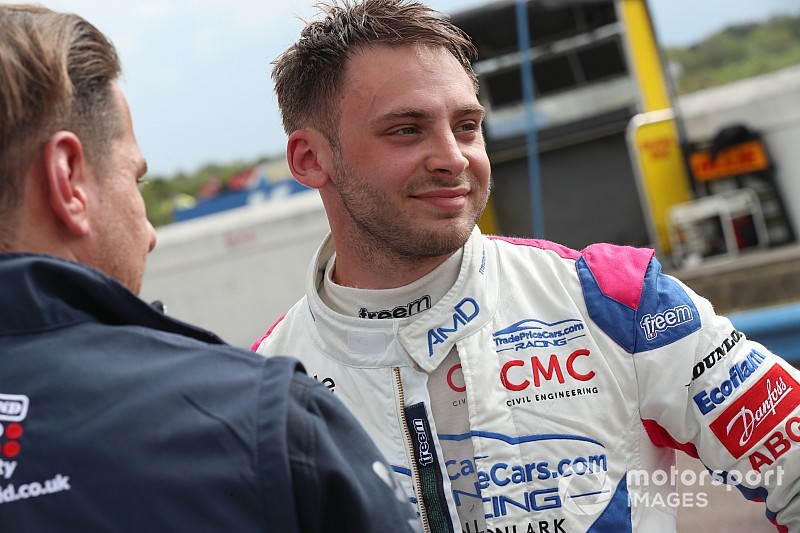 Jake Hill has lost his first ever BTCC victory after being given a 20-second penalty following contact with Matt Neal in the final race at Oulton Park.

The adjusted result means Hill drops to 14th in the final classification, with Stephen Jelley moving up to take his third ever BTCC victory, and his first since Rockingham in 2009.

Hill’s on-the-road victory had been in question after he made contact with the rear of Neal’s Honda, following which the Team Dynamics driver spun out of the lead.

Although he did rejoin, Neal only finished 12th on the road – 11th in the amended result.

Hill told Motorsport.com: “It feels awful to lose the win.

“I can only apologise sincerely to [Neal]. It was in no way intentional. It was a misjudgment on both sides, and I am gutted.

“Leading was a very valuable experience. I will take positives from it.

“I will never forget that feeling of winning my first BTCC race, even if I wasn’t to keep it.

“It was special and I guess they can’t take that bit away from me.

“It was just a genuine mistake and tough to swallow.”

After the race, Neal confronted Hill in the pitlane. It was filmed by ITV4, but broadcast without audio.

“Of course I expected him to be upset, I would be,” Hill added.

“The first thing I was going to do once I had finished at the podium was to apologise to him formally, I am just gutted.

“Pulling me aside is one thing, but doing it like that in public is another. I expected more from a three-time champion.”

Following the news of the penalty, Neal told Motorsport.com: “He could have destroyed half the field, I think it’s the minimum they could have given him.

“I thought [saving the spin and not retiring] was more luck, but he took the side out of my car at the hairpin and drove me off the road.

“I thought 'I'm not rising to that’ and then he did it again.

“It’s just desperation. That’s half of the them out there.”