Honda Team Dynamics can boast continuity for the new BTCC season, but one major change is its striking new orange livery - the result of the rekindling of the squad's tie-up with Halfords.

Fans of the tin-top series will no doubt remember the Halfords-branded cars of yesteryear, starting with VLR's Peugeot 406 Coupes in 2002 before the partnership with Team Dynamics began in 2004.

It was during the following two years that the combination would enjoy its greatest success, the BTC-T spec Integra Type R taking Matt Neal to back-to-back BTCC titles in 2005 and 2006.

Now, after five seasons running in red-and-white corporate Honda livery, the distinctive orange of Halfords is back, and while the colour scheme is totally different, the team's hunger to win remains.

"We're not in it to make up the numbers, we're in it to win it," team manager James Rogers told Motorsport.com during the BTCC season launch at Donington Park on Tuesday. "If we come third or second in the race, we're not happy with that. We want to win every race.

"It's an easy thing to say, and everybody says that, but we're genuinely like that. Sometimes we need to caution ourselves because we're disappointed with second or third place."

2016 will be a very special season for reigning champion Gordon Shedden, who apart from defending the title, also celebrates an important milestone with the team.

"It's been 10 years since my debut which was also in a Halfords-sponsored car, but with the Integra," said Shedden. "I have special memories from back then, and I'm looking forward to this season."

Unlike after winning his maiden title in 2012, this year Shedden has decided to stick with his usual #52 instead of using #1, emulating the likes of Lewis Hamilton and Valentino Rossi. 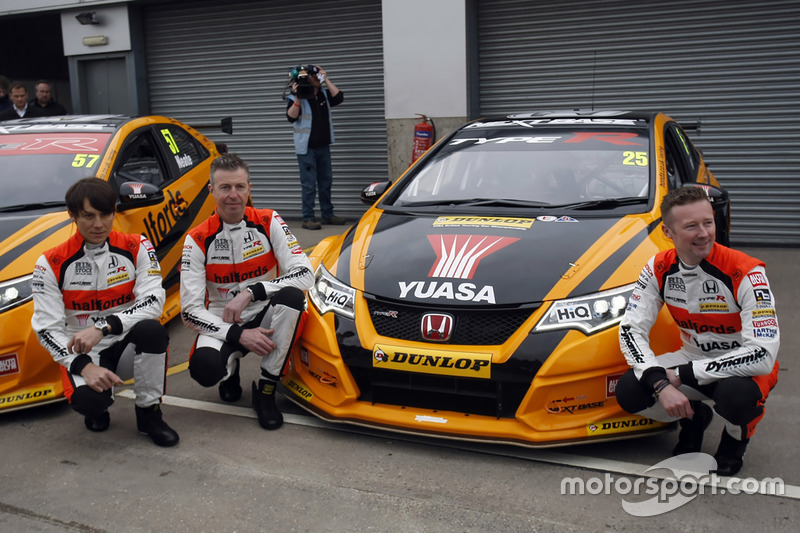 More Hondas on the grid

New striking orange livery is not the only novelty for 2016 - perhaps the most important change from a sporting standpoint is the addition of a third Civic Type-R for the series returnee Andy Neate, who is confident of having his best BTCC season to date.

"I would like to be in the top 10," said Neate. "You're always out there to do the best you can and that, of course, includes beating your teammates, but I have to be realistic.

"My two teammates have four championships between them. As long as Honda crosses the line first, that's all we have to worry about."

So, with more cars able to score points for the team and the manufacturer, can we expect the drivers to take more risk in the races?

"With all the Civics [including two Eurotech examples and one from Speedworks] on the grid, we all work together, because it's better to have friends than enemies. It allows us more flexibility, more protection."

Shedden added: "I think it's really important from the manufacturer point of view. I don't think it really changes how we will race from my personal point of view.

"But it's good – more orange on the grid, and Andy will learn as the years goes on."

Neate's signing meant that there was no space in the team for Jack Clarke, who joined the outfit's Driver Development Programme in the middle of last year.

"Jack is currently working on his own programme, and we're focused on our programme, but we still look at other talents all the time," explained Rogers.

"We look into the future in case people decide to retire or move on to do something different. And that's the same with the engineers and technical staff as well. 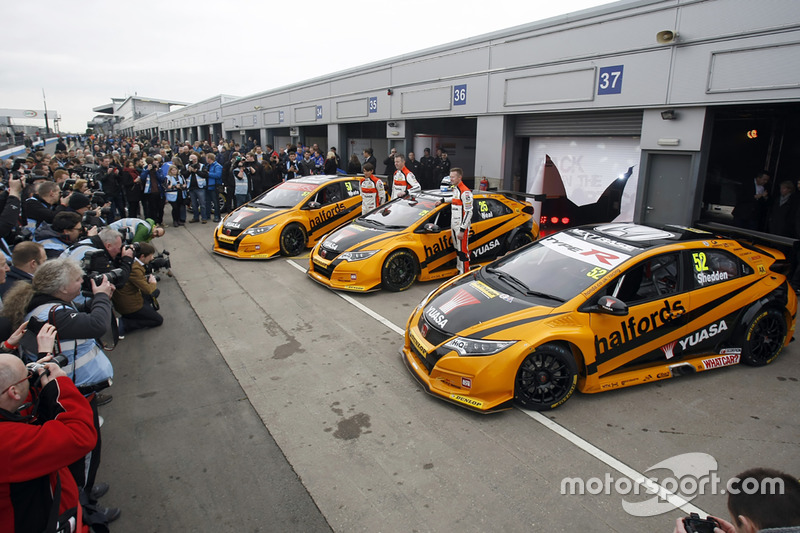 RML taking over as supplier of spec chassis, suspension and steering components is a big talking point of this year's pre-season, and everyone within the Team Dynamics crew believes this has the potential to be a gamechanger.

"It's quite surprising how different the cars are," said Matt Neal. "We really had the measure of the old parts, we knew them inside out and how the cars worked with them. Now we literally starting from scratch.

"And also we have the new K20 engine, which will take us time to learn. They should broaden the sweet spot, because the old cars are a bit quirky to find the sweet spot."

Shedden agrees: "It's very, very different to drive. We need to continue to understand how to make these parts work."

Team BMR, fielding a quartet of brand new factory-backed Subaru Levorgs, has emerged as possibly the greatest threat to Honda's BTCC supremacy, despite not turning a wheel on Tuesday.

Nevertheless, the boys in orange reckon it's unlikely that we'll witness an all-Japanese rivalry at the front of the field, with Motorbase (Ford) and West Surrey Racing (BMW) also likely to be strong.

"They are a good crew of people down at BMR, they'll get that Subaru running quickly, but we'll be out of the blocks a little bit quicker," said Rogers.

"They are a little bit behind on their development plan, not for anything they've done. BMW will be there. There's a number of protagonists up and down the grid."

Shedden is also convinced it's anyone's game: "I think it will be much more open. There's Mercedes, Ford, BMW plus so many others. We're just trying to be one step ahead."

Finally, Neal: 'When we got to the last half of 2015, qualifying was stressfully close. Seven tenths covering the top 20, so you blink and you're out of the top 15. There's no margin for error." 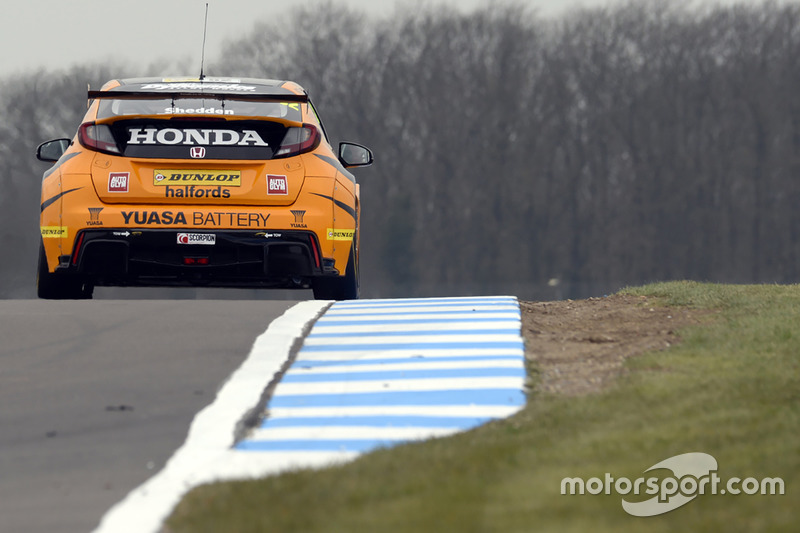 Subaru "not behind" despite missing BTCC test

Alan Gow: "You can't buy success in the BTCC"