Ingram back with Speedworks Toyota for 2018 BTCC season 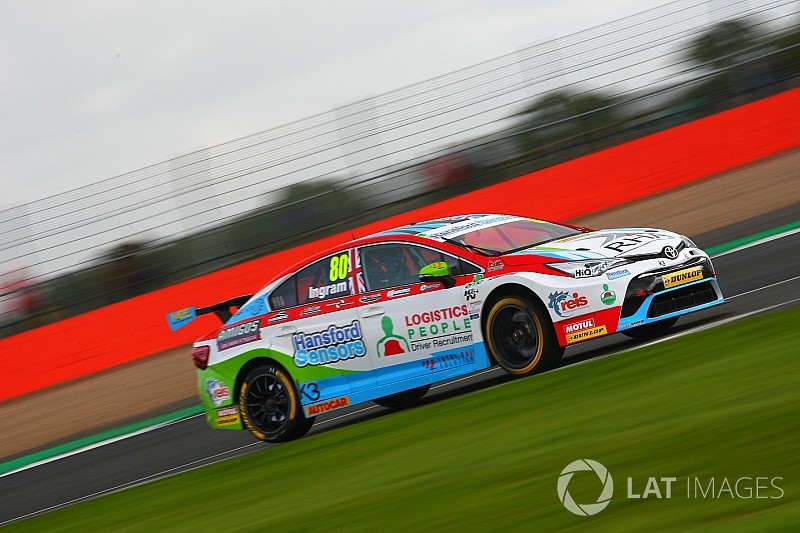 The 24-year-old took four wins last year on his way to third in the overall standings, as well as claiming the privateers title with the team.

The High Wycombe racer said: "After what we accomplished last year, there can only be one objective for 2018 - and that is the overall title.

"To do what we did last season with the resources we had - up against a whole host of more experienced and better-funded rivals - was nothing short of phenomenal.

"Winning both Indy championships was a huge tick in the box, but we don't plan to stop there - we want to push for even more this year, and I see no reason why we can't achieve that.

"On the driving side, I'm not afraid of anyone. I've shown that I can race against and regularly beat the Jason Platos, Colin Turkingtons and Matt Neals of this world.

"2017 demonstrated that the tide is turning in the BTCC and that the old guard that have ruled the roost for so long are being replaced by the new generation.

"And I want to be the standard-bearer of that new generation for many years to come."

Team principal Christian Dick's Cheshire-based team has worked with Ingram since his first campaign in the BTCC in 2014. Dick said forming a fresh alliance with Ingram was an obvious step.

"For us, there was never any doubt that we wanted Tom back in the car this year," said Dick.

"He is an absolutely integral part of the team and he is continuing to get better all the time.

"Some of his drives last year were frankly mind-blowing, and if he maintains that curve of progression into 2018, everybody else should be very worried indeed."