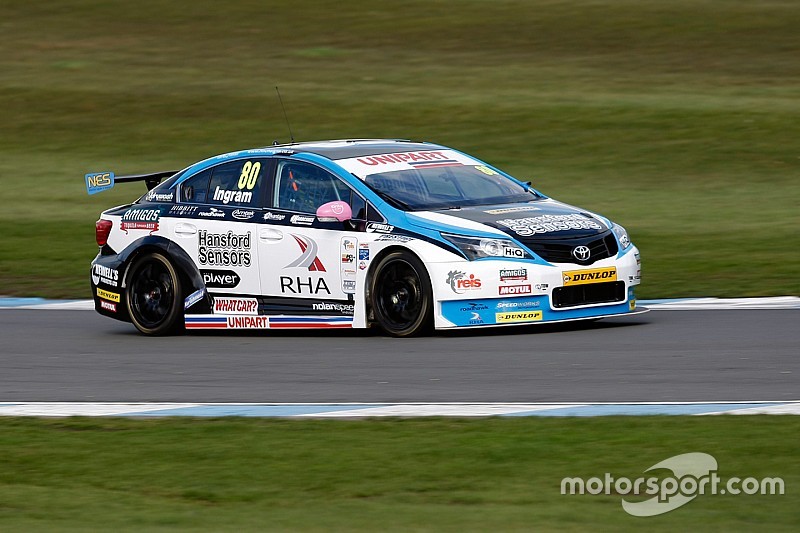 Tom Ingram has been excluded from BTCC qualifying at Brands Hatch for failing a ride height test, promoting Rob Austin to the front row for Sunday's opening race.

Speedworks Toyota driver Ingram had qualified in second position, just six-thousandths of a second behind Team BMR Subaru driver Colin Turkington, narrowly missing out on his third pole position of the season.

However, with his Avensis found to be too low when his car was checked by the scrutineers, the 23-year-old will be forced to start from the back of the grid in 31st position.

Points leader Sam Tordoff is now promoted into the top 10 in his West Surrey Racing BMW, with Honda title rivals Gordon Shedden and Matt Neal now seventh and 11th for the first of the day's races.