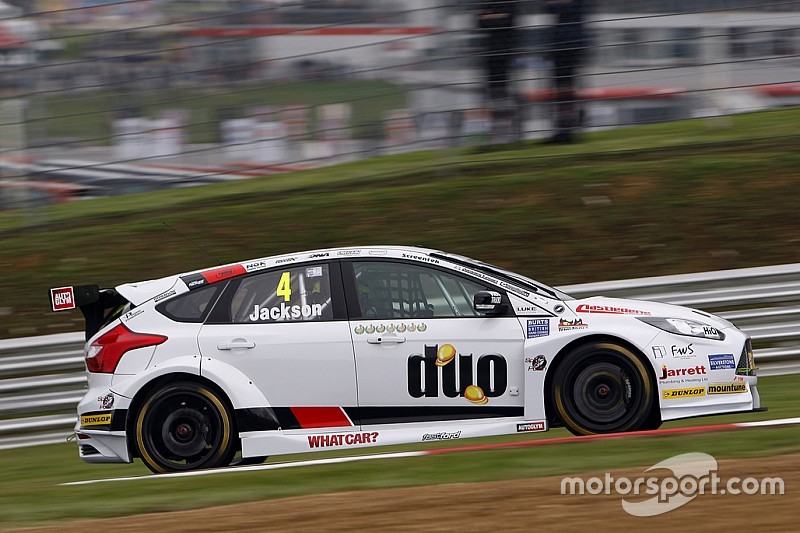 Sam Tordoff says that the BTCC should take action to peg back Brands Hatch poleman Mat Jackson and his Motorbase Ford’s “ridiculous engine”.

Motorbase missed the opening half of the campaign after the withdrawal of title sponsor Airwaves at the end of last season, rejoining the championship at August’s Snetterton round with a revamped Ford Focus and a new Mountune engine.

With success ballast in qualifying and the first race awarded according to championship positions, Jackson has enjoyed the luxury of being able to qualify with no extra weight, resulting in pole positions and first race victories at Rockingham and Silverstone.

As Jackson scorched to a third successive pole at Brands, the West Surrey Racing BMW contingent struggled, with Tordoff unable to do better than 14th.

Speaking to Motorsport.com afterwards, Tordoff said that a lack of straight-line speed was to blame for the team’s poor showing, and suggested that series organisers should take action to rein in the dominant Jackson.

“If you look at the sector two speed trap, which is along the back straight, [the three BMWs] are the bottom three, giving away 6mph to Jackson,” explained Tordoff.

“That Ford has a ridiculous engine – I don’t know how that was allowed to have so much power.

“Then there’s the fact you can come into the championship halfway through the year and have no ballast, take pole and win the first race, which he will do tomorrow.”

Tordoff, who joined reigning champion squad West Surrey Racing at the start of the year after two seasons at Triple Eight MG, also said BTCC's rulemakers were too quick to penalise the team’s success.

“We need a few rule breaks on our side,” he added. “We won the championship once [last year], and they handicapped us.