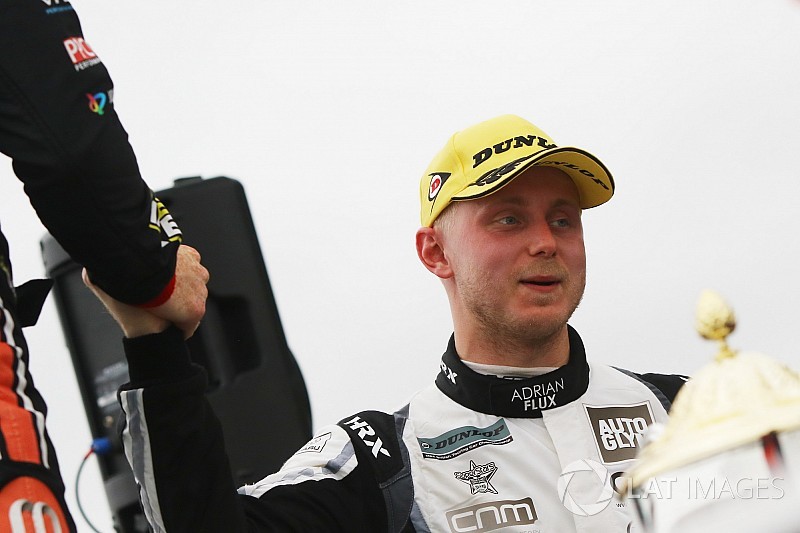 Subaru racer Ash Sutton won the second BTCC race of the day at Knockhill after heading the field home in a shortened rain-affected race.

Sutton controlled the restart as Turkington was the first to fall foul of the conditions when he slid wide at the top of Duffus Dip on lap 10. His error allowed Jordan into second place, and things got worse for Turkington when Ingram overhauled him at the hairpin on lap 11.

There was another long safety car period to remove the cars of Tom Oliphant (Ciceley Motorsport Mercedes) and Carl Boardley (Team Hard VW) from the gravel traps. When the event restarted it only lasted one more tour.

In that lap, Ingram managed to dive down the inside of Jordan going into Duffus Dip to grab second spot. Next time around, Sam Smelt went into the tyres in his AmDTuning Audi and the red flags flew.

Sutton said: “That was a long race. There was a lot of standing water and I was just controlling the pace. I didn’t want to push too hard and slip up.

“I could see Ingram in second place, but I had set my fastest lap when he was behind me, and I could have gone harder if I had wanted to."

There was a glimmer of hope for Turkington though, as the number six was drawn out of the hat for the reversed-grid third race.