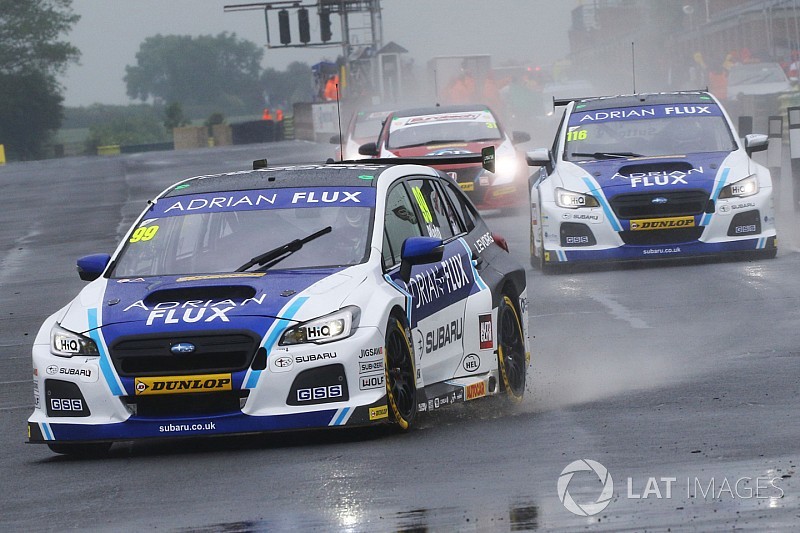 Two-time champion Jason Plato admits the fact he has been uncompetitive in the first half of this year's BTCC season has "messed with his head".

Plato has struggled with the handling of his Subaru Levorg car so far this season, while Team BMR teammate Ash Sutton has won races at Oulton Park and last time out at Croft.

Plato said he was pleased with the upturn in pace last time out at Croft, where he scored his first podium of 2017 in the final race, but says he still has further to go to get the most from his car.

He also said that his pace and performance this year has hurt him mentally.

“I’ve never, ever in my whole career, not just in touring cars but since I was 12 years old, been uncompetitive, and I have been this year,” he said.

“It’s messed with my head if I’m honest because, until this weekend, I could not talk to the car. It was not part of me. I could not get it to do what I wanted – it was a stubborn understeering pig and no matter what we did to it we just could not deal with it.

“It’s new territory for me and it’s bloody horrible. I didn’t want to be in the races, just merely circuiting round a track rather than being in the fight. It’s been really horrible so hopefully we’ve seen the back of that period.”

Plato also underlined that he will do everything he can to help Sutton to his first BTCC title this season, with his own hopes of a third title already looking non-existent.

Sutton is fourth in the title race, 20 points behind Honda's Gordon Shedden. Plato meanwhile is a lowly 15th in the standings, 139 down on the reigning champion.

“Ash has got a brilliant career ahead of him," said Plato. "He’s got natural ability and he’s a racer, he’s fast and he’s a nice lad. He could possibly win it this year and I will do everything I can to help him achieve that.

“He’s a real star of the future. He’s found his sweet spot and he’s enjoying it and driving brilliantly.

"Everything’s rolling for him at the moment, it’s just a shame I’m in a bit of a pickle because I want to be up there with him.”