Plato takes pole as Neal crashes out at Brands Hatch 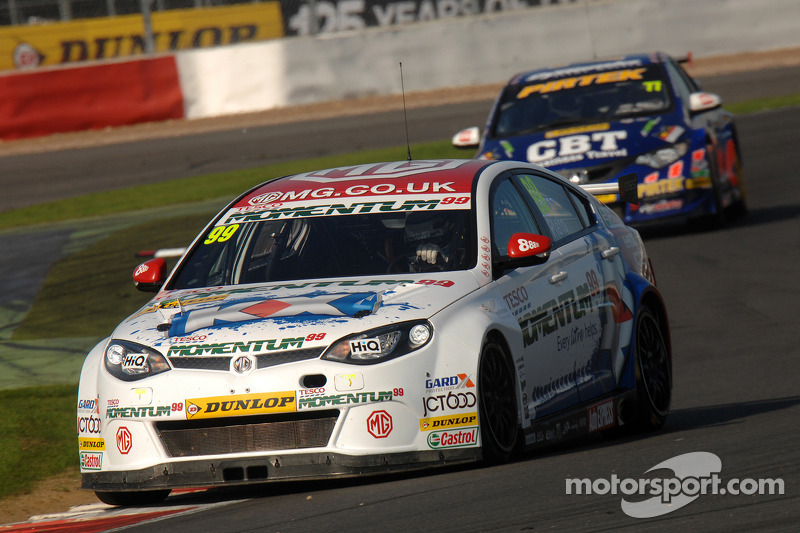 Jason Plato took his fourth pole position of the 2013 Dunlop MSA British Touring Car Championship whilst Matt Neal, who currently sits second in the standings, crashed out of the session after hitting the barrier on the exit of Paddock Hill Bend. Sam Tordoff followed Plato in the time sheets with championship leader Andrew Jordan significantly setting the third fastest time. 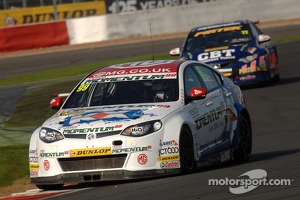 MG KX Momentum Racing seemed to be in control throughout the running and topped the order midway through the 30-minute session. That was when drama struck for Honda Yuasa Racing's Neal, who only decided to race yesterday after recently undergoing surgery to repair a badly broken finger.

The Honda Civic seemed to dip a wheel in the gravel at the bottom of Paddock Hill, which subsequently fired the car across the track and into the barrier on the inside of the circuit at high speed. The triple champion was clearly in some discomfort immediately after the accident and was taken to the medical centre as a precautionary measure. Neal reported he was ‘disappointed and dazed’ shortly after but the team believe he will be fit to race tomorrow.

Qualifying got back underway after a lengthy delay and the MG duo immediately picked up where they had left off with both Plato and young team-mate Tordoff trading blows. The Yorkshireman got to within 0.025s of Plato at one stage before the elder statesmen slightly extended his advantage in the latter stages.

Jordan remained cool to set his fastest lap towards the end of his final run, and the series leader will be delighted to have grabbed a second row starting berth with maximum ballast on board. Reigning champion Gordon Shedden was just 0.077s behind Jordan in fourth.

Adam Morgan’s eye-catching season continued as he took fifth in his final BTCC qualifying session behind the wheel of a Toyota Avensis. The Ciceley Racing squad is switching to Mercedes machinery for the 2014 season, but before that Morgan will be looking to end this impressive campaign on a high tomorrow.

Colin Turkington claimed sixth, but eBay Motors endured a wild qualifying session with Rob Collard going off on two occasions on the exit of Sheene Curve before Turkington repeated the trick. Both cars returned to the track unscathed, as did the Toyotas of David Newsham, Ollie Jackson and Frank Wrathall, who all experienced their own separate spins during qualifying.

Tom Onslow-Cole was the top Airwaves Racing runner for the first time since his mid-season switch to the team, although his seventh place was of little comfort to the squad’s other drivers. Mat Jackson could only manage 12th while Aron Smith was unable to contest qualifying after a huge accident in free practice two. The Wrotham-based squad have already worked wonders on the Irishman’s car, however, and expect him to make the grid for Sunday’s finale.

Collard and Wrathall made light of their respective spins to take eighth and ninth, ahead of the mightily impressive Jake Hill. The Kent teenager has starred throughout the day on his NGTC debut and he hauled his Audi A4 into the top ten, with his race-winning team-mate Rob Austin down in 13th.

The Vauxhall of Lea Wood led the Jack Sears Trophy runners, ahead of Liam Griffin's Ford Focus and VW Golf of Shaun Hollamby.

The final three rounds of the 2013 BTCC season will take place at Brands Hatch tomorrow with live high definition television coverage commencing at 10:45am on ITV4. Pirtek Racing’s Andrew Jordan leads Honda Yuasa Racing’s Matt Neal by 34 points, with Gordon Shedden a further point adrift. Jason Plato and Colin Turkington are tied in fourth and fifth respectively and still have a possibility of taking the title.

Jason Plato: "The car is properly hooked up in the dry, and I think we've had the quickest outright package for much of the year. Looking at the amount of rain we are due to have tomorrow it will be like race three at Croft, and we were quick there too, it's only in damp half-and-half conditions where our car struggles. I am very pleased to be on pole and delighted that Sam took P2 for the team."

Andrew Jordan: "I am very happy considering the weight we have on the car. I love driving this circuit and I really hung it out there, so it was a big sigh of relief to come back in and see we got third. It was my aim to be top Honda, and to do it with full ballast on-board is really encouraging. We’re half-way through the weekend, now we’ve got to make it through tomorrow. I’m just going to run my races – I can’t control where the other guys finish, so I’ll be doing my own thing and see how it pans out. It’ll be interesting to see what pace the MGs have got in the wet – they struggle in the damp but if it’s really wet tomorrow they’ll be strong."

Gordon Shedden: "I had to work hard in that session – we were struggling with balance on our first runs but made some good changes that brought the lap together at the end of the session which is good. At least I know I can race from here – I'm sure tomorrow will throw some surprises into the mix. The game-plan is to get to the finish first! The MGs have got a good pace in the wet, but we’ll come up with something tomorrow and race hard. It was an unfortunate accident for Matt – we’ve seen a lot of cars go off there over the years."

Colin Turkington: "I think the first thing to do tomorrow is to survive race one! We’re going into the unknown a bit with the weather having not run in the wet around the Grand Prix circuit in this car before. If we can secure a good result in the first one then the rest of the day will be easier. Tomorrow in my head I'm really racing Matt, Gordon and Jason – Andy is a bit too far up the road from where I am. We’ll see how it goes though because it’s impossible to predict. Qualifying today was OK – there was more potential to unlock in the car, and tomorrow will be different all together."