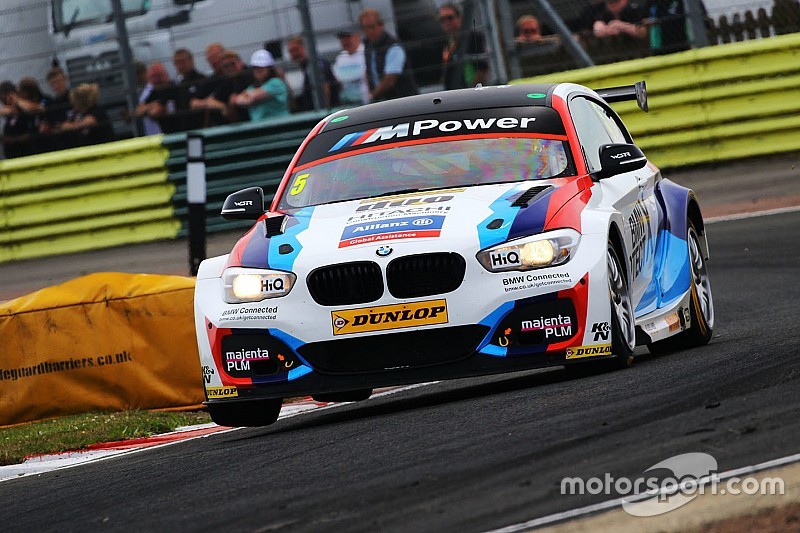 WSR BMW driver Rob Collard will sit out the next two rounds of the British Touring Car Championship after taking medical advice.

Collard was involved in accidents in races one and two at Snetterton two weeks ago and the second crash at Riches meant the car was unrepairable and he was forced to miss out.

The Hampshire racer had also been involved in a heavy collision at Silverstone at the end of last season which left him with concussion, and he has been advised by touring car medical staff to stand down from this weekend’s Rockingham rounds and those at Knockhill at the end of the month.

“After reviewing the results of a concussion test with the medics at the track after the crashes at Snetterton, it was ruled that I was unfit to participate in the special Diamond Double race and that I should not race at Rockingham or Knockhill either," Collard said.

"I’m absolutely gutted for Team BMW, all my sponsors and supporters and I’d like to thank the TOCA medical team for their professionalism and support, as always.”

Collard was a winner at Oulton Park in June and is 13th in the standings.

WSR team boss Dick Bennetts added: “I really feel for Rob. Having first competed in the BTCC together in 2005, we’ve experienced some incredible highs including back-to-back Teams’ and Manufacturers’ titles over the past two seasons and – most recently – his win at Oulton Park in June.

"We hope the doctors give him the all-clear to return very soon and, on behalf of everyone at Team BMW and WSR, I’d like to wish him a speedy recovery.”

The team says it is working hard on a replacement driver ahead of the two meetings and would make an announcement in due course. Rob’s oldest son Ricky has driven the car in test sessions previously.