Robb 'Hollywood' Holland ready to 'shake and bake' at The Rock 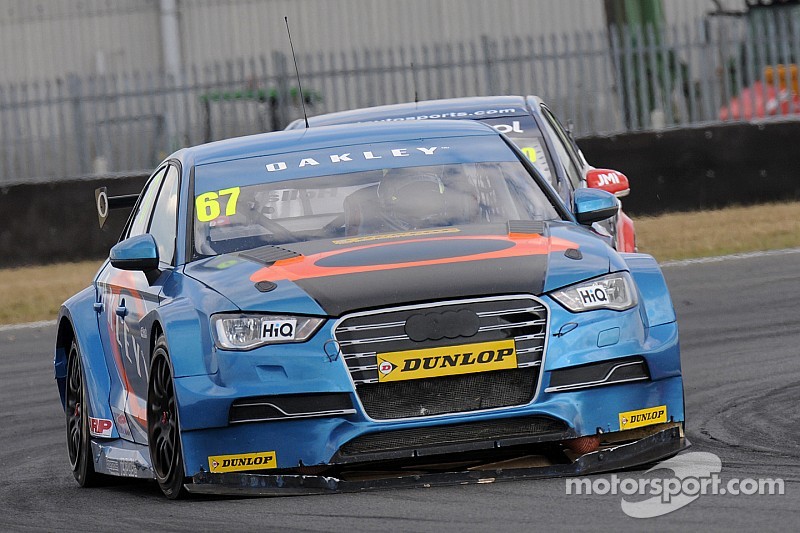 Britain’s premier motor racing championship now heads to Europe’s fastest banked oval circuit, Rockingham Motor Speedway. With drivers averaging over 80mph around the 1.94mile circuit, Rockingham’s fast straights and tight, twisty infield, featuring hairpins and chicanes, are a firm favourite among fans and drivers alike. It was a frustrating affair for Holland last time out at Knockhill, as the American driver was prevented from unleashing the true potential of his new-for-2014 Audi S3 saloon after scoring Rotek Racing’s first BTCC point on merit against some stiff competition at Snetterton.

Round 19 proved to be one of the most incredible and exciting BTCC battles of recent times, but it came to a premature end for Rotek Racing and Holland when a pummeling by Daniel Welch’s airborne Proton Gen-2 at McIntyre caused terminal damage to both cars.

Putting Knockhill in the rear-view mirror

Looking to put the events of Knockhill behind him, Holland will be seeking to add more points to his tally at a circuit that has ample overtaking opportunities.

“Rockingham is an oval and I’m an American, so I should do well there,” said Holland. “It looks to be a more straightforward track than Knockhill – more like Snetterton – and I don’t think it will take too many laps to figure out which way it goes. Rotek Racing is bringing a load of updates to the Audi S3 saloon this weekend and we should have better pace. The suspension will be tweaked, we’re getting a handle on the differential and there will be other changes of that nature. As a result, I’d love to finish in the points in all three races. If we can extract more speed from the car, it will be easier to score points on a consistent basis, because you’re attacking rather than defending, which makes you vulnerable to other drivers’ messes, like at Knockhill. I’m really looking forward to the weekend.”

Two in a row for Sam Tordoff