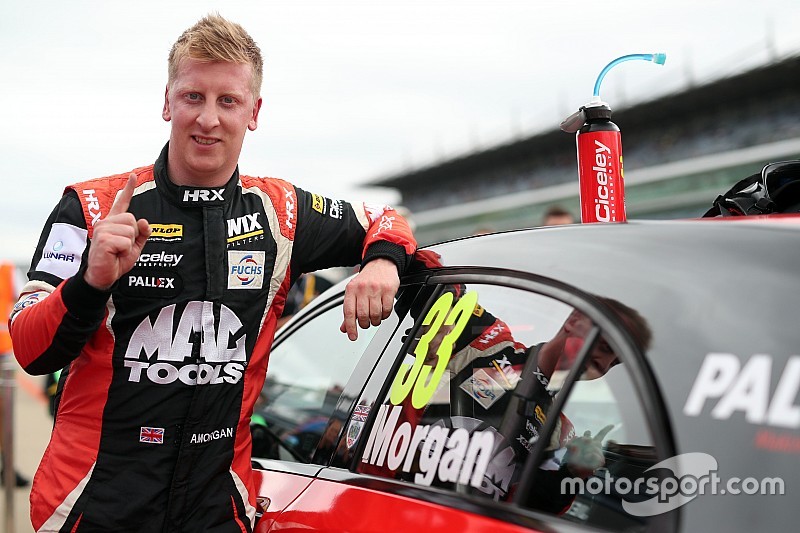 The 29-year-old wrested top spot from the Motorbase Performance Ford of Sam Tordoff in the dying minutes, bagging the top slot by 0.102s. Free practice pacesetter Dan Cammish was third in his Team Dynamics Honda.

Morgan, who is ninth in the points and carried 18kg of success ballast, was delighted.

“It’s taken six years and it feels like a win, this," he said. "Now I can tick the box, I’m over the moon. We knew we had it in us, it’s just taken forever to get there.

“A massive thanks to the team – they deserve this. Tomorrow’s another day and I hope we’ll be able to keep ourselves up the order through all three races. The car does feel good and our race pace is stronger than our qualifying pace. We’re not carrying much weight and we’re feeling racy.”

Tordoff was frustrated to have missed out on top slot, but said that his performance would help him rebound after a difficult weekend last time out at Snetterton

Cammish, meanwhile, was raging as he stepped from his Honda, feeling that he had been badly held up on his fast laps.

Championship leader Tom Ingram, carrying 75kg of success ballast, was fifth after the opening runs, but suffered two successive tyre blowouts as he rejoined the circuit in a bid to improve his time and ended up in 13th position in his Speedworks Motorsport Toyota.

That was one place behind the WSR BMW of Colin Turkington, which was fitted with 66kg of success ballast.

Jack Goff put his Eurotech Racing Honda, which is fourth in the points and has 48kg of ballast, in 23rd slot after again struggling with the handling of the Japanese machine.

Both fared better than Matt Neal, who is third in the standings. He will start in 29th in the Team Dynamics Honda after an engine change between the end of free practice and the start of qualifying.

The last-minute job meant that the set-up of the hatchback, with its 57kg of ballast, couldn’t be refined in time for him to take to the circuit and he suffered a couple of lock ups, which restricted his pace.