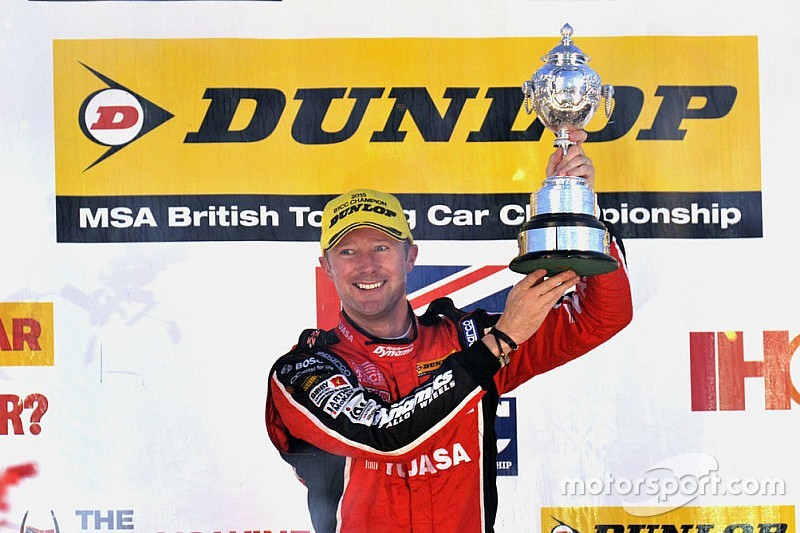 Gordon Shedden felt winning the 2015 BTCC title would be an “impossible dream” after a disastrous second race during Sunday’s showdown at Brands Hatch.

Struggling for pace on the soft tyre in Race 2, Shedden limped to a 19th place finish, deciding his starting position for the third and final race as his main rival Jason Plato lined up second on the grid.

But the Honda driver carved through the order to deny race winner Plato, clinching the title by four points with a fourth-place finish – a scenario Shedden said he could not envisage prior to the race.

“It seemed like the impossible dream after race two, starting way back there with Jason on the front row,” admitted Shedden. “I was struggling to see how it could work out in my mind.

“It seemed a long way off; with all the safety cars it was difficult to get going, I thought I was going to run out of laps.

“But with no success ballast in the car, the thing just came alive and I just got my head down.”

Confessing to throwing caution to the wind, Shedden added: “I thought if it all went pear-shaped and I ended up off, it didn’t really matter because I wanted to win it so bad. I just threw everything at it.

“The other guys gave me a lot of room and respect out there, which was obviously much appreciated.”