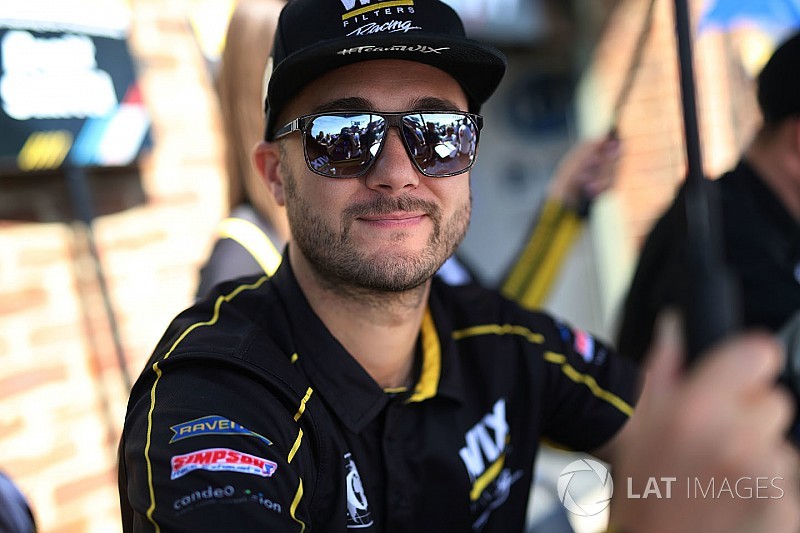 Jack Goff made it a double pole at Snetterton by topping the timesheets in qualifying for the special British Touring Car Championship celebration race.

The Eurotech Racing Honda driver, who had earlier claimed pole for the opening race of the weekend, banked another record-breaking performance. His lap time of 1m55.171s was more than four tenths faster than his early benchmark.

“I said after qualifying that there was more in the car: a little tweak we could make,” said Goff. “The team did a great job and gave me just what I wanted.

"There was pressure because the session was only 15 minutes, which meant we only got two laps. My first wasn’t perfect, but I pulled it all together for the second one. This is special.”

Three-time champion Matt Neal will line up in second place in the factory-backed Team Dynamics Honda after putting in his lap later on to bank a 1m55.459s to sit on the front row.

Tom Chilton placed his Motorbase Performance Ford in third with a last-gasp run ahead of the Speedworks Motorsport Toyota of Tom Ingram.

Neal’s teammate Dan Cammish had been involved in an early ding-dong battle with the WSR BMW of Colin Turkington for pole, but was eventually dropped to fifth spot.

Turkington was stripped of his time due to a track limits infringement and dropped to eighth in the final reckoning. His censure put him behind the sister WSR BMW of Andrew Jordan and the Ciceley Motorsport Mercedes of Adam Morgan.

The Diamond Double race will be race three of tomorrow’s events. While the first two races will run to usual championship regulations of 12 laps, the special celebration race will take place over 20 laps (60 miles).

The cars will all run without any success ballast applied, and they will all be fitted with the medium version of the Dunlop tyres. All championship points on offer will be doubled, including those for pole, leading a lap and for fastest lap.