Summer break ends with drivers raring to go at Snetterton 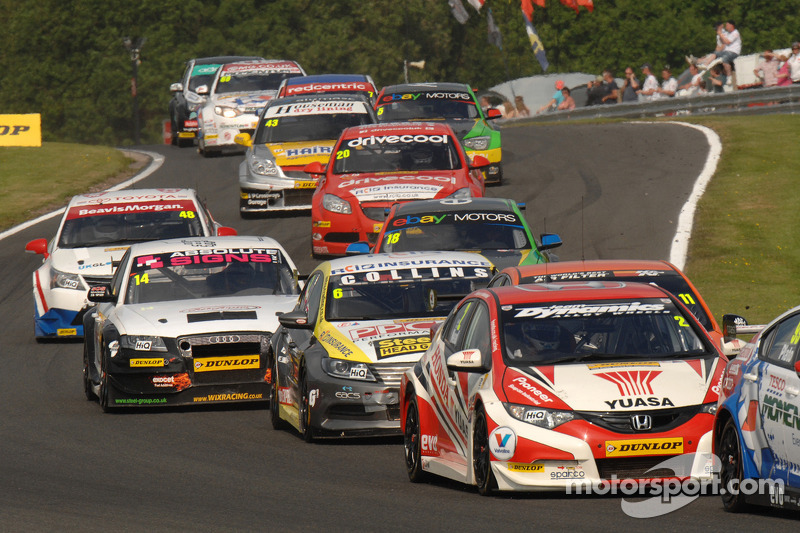 British Touring Car Championship set for second half kick-off at the Snetterton circuit with Matt Neal holding the points lead.

The Dunlop MSA British Touring Car Championship returns this weekend at Snetterton for the second half of the season following its annual 6 week summer lay off where Honda Yuasa Racing’s, triple BTCC champion Matt Neal will head into the event with the series lead after winning last time out at Croft.

Despite trailing Neal by 19 points heading into the weekend reigning Independent champion Andrew Jordan in his Pirtek Racing Honda Civic has been widely regarded as the quickest driver of the 2013 season so far. There is little doubt that Jordan has raised his game this season and has shown some fantastic pace and as a result just a single 3rd place last time out at Croft was classed as a disappointing weekend.

Heading into the weekend Jordan who took his only win of the year last season at Snetterton admits that the second half of the season will be a roller coaster for everyone and said he is willing to take risks if need be by saying, “There will be so many ups and downs for everyone over the second half of the year, so we just need to keep scoring. We'll take risks if we need to, but right now we really need to be consistent. There is still a long way to go. Snetterton is the circuit where the success ballast hurts the most: there are so many stops and starts for very slow corners. We'll start the weekend with 36kg of ballast so we just need to keep being consistent. We had a win at Snetterton last year.” 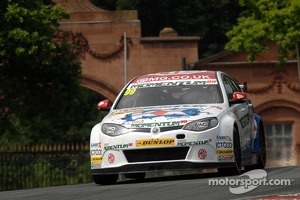 Traditionally every year during the second half of the season, Jason Plato comes alive particularly at Snetterton having won at the circuit for the past three years. This year Plato will need a similar recovery currently trailing Neal by 36 points following some recent bad luck as the double BTCC champion explains, “We had a fire at Oulton Park which cost us valuable points, then a bad tyre choice at Croft which was unlucky on reflection. There’s nothing we can do about those things now. The main thing is we’ve got the pace.”

The MG KX Momentum driver will be boosted however thanks to heading into the weekend with just 18kg of ballast on board and following a hugely successful test at the circuit during the two day tyre test in mid July where Plato described the test as his teams “best yet”.

Speaking after the test Plato said, “We’ve had a very good test, we’ve achieved good race runs and we understand both the soft tyre and our car in the development path we’re going on. We stuck to our plans and have gone through the process that we had before we arrived. It’s been an important test actually – probably the best we’ve ever done.”

One of the biggest surprises so far this season has been Team Hard with Tom Onslow-Cole in his PPCGB/Kraftwerk Racing VW Passat. Despite the car having never turned a wheel prior to Free Practice 1 during the opening meeting of the year Onslow-Cole has managed 3 podiums including one last time out at Croft.

Team Hard were among the majority of teams to take advantage of the recent tyre test at Snetterton and Onslow-Cole now believes that he heads into this weekend in the best shape so far this season and said, “We’ve been moving forward very quickly with the car so far this year. The two days at Snetterton were actually the first we’d had to properly test, and the first day especially was very productive for us. On the second day the car felt very disconnected front to rear, but we were still able to learn a lot taking all the data back to the factory and going through it. We’ll come to Snetterton the most prepared we’ve ever been. I think we have a decent base set-up that we know will work and I think we’ve very much improved our race pace as well, which has been a bit of an Achilles heel for us so far and I think we’ll be in a very good place.” 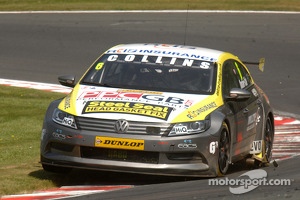 For this weekend Onslow-Cole will have a new team mate with Warren Scott switching from his S2000 Seat Leon to a new NGTC VW Passat in a joint venture between his current Team, Team BMR Restart Racing and Team Hard. Scott won’t be the only one running in a new car this weekend with Andy Neate at last joining the series in his IP Tech Engineering, Team Club 44 Chevrolet Cruze.

Neate got his first run in the car in a separate test at Snetterton following the two day tyre test where he said, “I am clearly delighted to get the car finished and finally get to drive it – it really is a huge achievement and I’m grateful to everyone involved. We probably completed ten timed laps with two or three of the runs being fairly clear. To be honest I was delighted with the car straight out of the box, and even with the small glitches, we immediately went faster than some of the teams did at the recent Dunlop tyre test. The remainder of this season will hopefully be a good shop window for other drivers to see what we can do, and that we’re seen as a competitive option for 2014. The great news is that we’re here now and I am really looking forward to racing!”

There will be one final new car on the grid this weekend following James Kaye’s switch from his VW Golf prepared by AmDtuning.com to a S2000 Honda Civic as he continues to compete in the Jack Sears Trophy and remains with his current team.

Kaye is no stranger to driving Honda’s having driven them for the majority of his BTCC career, which included being a Honda works driver in the mid 1990’s. Team boss Shaun Hollamby admits Kaye was key in the switch to the Honda and now hopes to build a future relationship with the manufacturer but for now aims that the switch will enable the team to succeed in the Jacks Sears trophy and said, “Our aim going into the BTCC this season was to win the Jack Sears Trophy with the Golf. The car has been as quick if not quicker than our main rivals, but the big crash at Donington set us back a long way. The opportunity to switch to the Civic arose as a result of James’ relationship with Honda and it was too good to miss.”

“We’ve been involved in the series for four seasons now, and naturally we’re looking to move up the ranks into NGTC next year. The Honda chassis is clearly the class of the field and it’s at the top of our list looking at all the options available. I’m confident that our involvement in the second half of 2013 will show how well it could work in the future. It’s great that James’ relationship with Honda acted as a catalyst for this move. The aim for the rest of the season is to add more wins and this car will give us the best possible opportunity to do so”