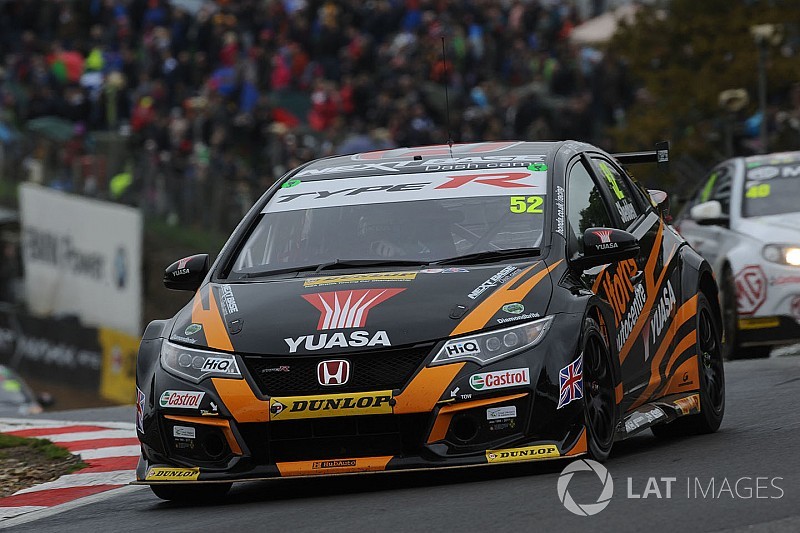 Team Dynamics BTCC racer and principal Matt Neel says the replacement driver for the outgoing Gordon Shedden will need to be able to instantly deliver results for the team.

Three-time champion Shedden left the team this week and has yet to reveal his plans, although he has been linked to a drive in the World Touring Car Cup, which will run to TCR regulations next term, with the title-winning WRT team in a Volkswagen Golf.

He drove for the Belgian outfit as a one-off in Dubai last November and was on pole position, before going on to claim second place in the opening race of the weekend.

Neal said: “We should have things wrapped up [in terms of a new driver] within the next a few days.

"We did consider creating another Gordon by bringing a driver up through the British Touring Car Championship and educating them, but also we got our backsides kicked in the BTCC manufacturers'/constructors' and BTCC teams' championships last year.”

“We need to consider that we need to have someone who can ‘plug-in-and-play’, if you like.

"We need success. It will be hard to replace Gordon, but we have options.”

Neal, also a three-time champion, says the team has a big workload on its hands in 2018 with the new-shape Civic Type R, which is being developed at the team’s workshops but has suffered delays.

“We had some things that we wanted to do technically on the new car, but they have been outlawed,” explained Neal.

“That has set us back about a month in terms of developing the car. We have lots of work ahead of us.”

Team Dynamics will join a host of other teams testing in Spain at the beginning of February.