The soft tyre story so far in BTCC… 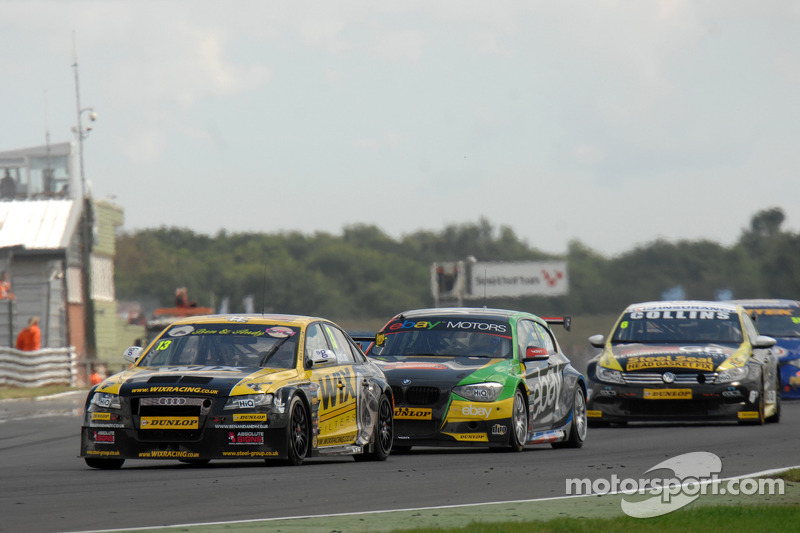 Dunlop delighted with the performance of its 2013 BTCC tyre compounds

The new Sport Maxx Soft tyre has proved an exciting introduction to the 2013 Dunlop MSA British Touring Car Championship, and the Dunlop experts are delighted having seen two race winners run the compound on Sunday at Snetterton.

Having been set the challenge over the winter by BTCC organisers, TOCA, to supply a soft tyre that produces greater initial grip with less overall durability, Dunlop duly delivered in time for the opening round at Brands Hatch in March.

In order to provide an extra element to both the strategy and overall excitement of each BTCC race, every driver must use the soft compound in one of the three contests at nine of the ten events in 2013 – Thruxton being the exception.

The tyre met all expectations on its debut weekend, particularly when Rob Austin charged from seventh on the grid in his Audi A4 to take the lead on the soft compound in the opening race of the season. As manufactured, the medium tyre performance gradually became stronger than the soft and Austin had to settle for third at the finish, highlighting the sort of display that could be expected over the course of the season.

“We’re absolutely delighted with how it has gone,” said Dunlop Motorsport’s Michael Butler. “Due to the timescale and extreme weather conditions over the winter it was a huge challenge to get everything ready for the first round, we did it, but we had confidence going into it based on our experience running the compound in endurance racing.”

“We knew the family history of the compound well and so we were pretty confident where it would stack up. The nature of certain compounds requires heat in the tyre to make them perform as desired, but despite the extremely cold temperatures we went away from Brands Hatch really pleased.”

Similar performances followed up and down the order over the next few events, although with little pre-season testing the majority of the so called established teams tried to negate the performance difference by replicating the same strategy – usually running the soft tyre in race three.

There were signs, however, following Colin Turkington’s race one win at Croft in his Dunlop Sport Maxx soft-shod eBay Motors BMW that tyre tactics were coming into play at the top order. Similarly, a two-day tyre test at Snetterton prior to last weekend’s race event armed teams and drivers with myriad of data, giving them a better understanding of how best to use the compound.

And so it proved on Sunday when for the first time this season, cars running the soft tyre won two out of the three races. The soft tyre took the honours in races two and three. Andrew Jordan hauled his Honda Civic from fifth on the grid to take the win in the second contest in Norfolk, whilst Gordon Shedden went from seventh to the top step of the podium in the final showdown.

Of the 15 races so far where the soft tyre has been made available, we have seen an interesting split in race results. Cars using the Dunlop Sport Maxx medium compound have won eight races so far compared to six victories for the soft, with the final race at Croft being won by Matt Neal on the Dunlop BluResponse wet tyre.

Michael continued, “We’ve continued to learn about the characteristics of the soft tyre on certain cars and conditions and we went to Snetterton with more data after a successful two-day tyre test we held there in July.

“The drivers’ understanding and obviously confidence has grown too so now we’re seeing it coming into play more often. It was an unknown quantity to the teams initially so they tried to cancel each other out by running the compound in race three, but that seems to be changing, and we’ve now seen two winners on the same day using the Sport Maxx soft, so it’s clear that you can win on both compounds if teams make the right call.

“The whole programme has been a great challenging and very rewarding, we’re delighted to add another dimension to the BTCC story.”

As the championship moves into its last four events of 2013 there’s absolutely no telling how the story will unfold, but what is for sure is that BTCC drivers will be confident of challenging for honours whatever compound of Dunlop tyre they have underneath them.