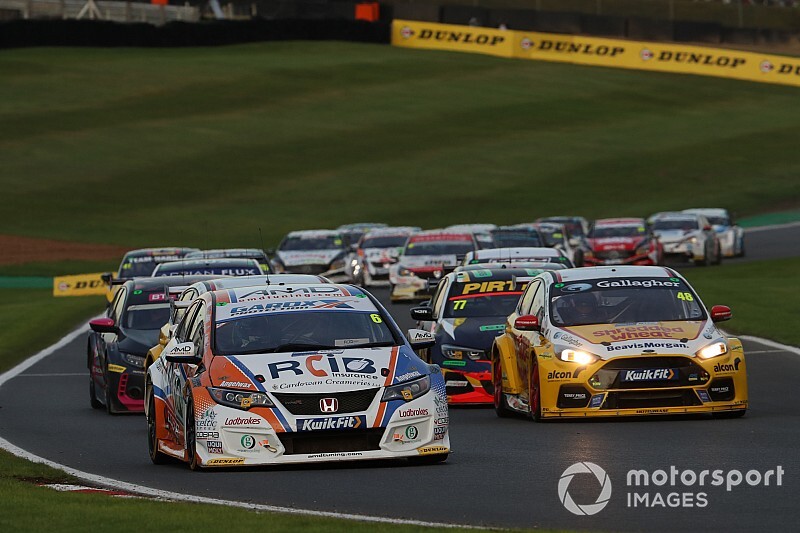 The British Touring Car Championship has postponed its opening three rounds in response to the coronavirus pandemic, with the season now set to kick off in mid-May.

BTCC organiser TOCA made the announcement at lunchtime on Tuesday, in the middle of the series’ Launch Day at Silverstone – from which spectator attendance was banned on Monday evening.

The BTCC was supposed to kick off at Donington Park on 29 March, followed by rounds at Brands Hatch on 12 April and Silverstone on 26 April.

All have now fallen by the wayside, although TOCA will attempt to reschedule them for later in the season to bring the calendar back up to its intended 10 events and 30 races.

Like Formula 1, the BTCC has a summer break, in its case from mid June to late July, while there is a further four-week gap free of racing prior to the penultimate round at the end of September.

The season is now scheduled to kick off at Thruxton over the weekend of 16-17 May.

The TOCA statement read: “Yesterday [16 March] the government introduced updated coronavirus directives. These included asking citizens to avoid all non-essential social contact and non-essential travel, as well as advising of the withdrawal of the provision of emergency services to mass gatherings.

“TOCA of course completely respects the government’s directives. The health of our entire nation – not just our competitors, fans, marshals, officials and personnel – is of absolute importance.

"Accordingly, the start of the 2020 BTCC must now be delayed and we therefore advise the postponement of our first three events.

“Clearly the COVID-19 situation is ever-changing and incredibly challenging for everyone. Our firm intention is to run the full season of 10 events and we will work closely with the circuits and our stakeholders in order to reschedule new dates for all postponed events.

"These will be confirmed and announced when there is further clarity regarding the eventual resumption of major sporting events.”

The announcement came shortly after the end of the first of two three-hour test sessions on the Silverstone International Circuit, which hosts the BTCC for the first time on 27 September.

Jake Hill was quickest at the lunch break in his MB Motorsport (formerly AmD Tuning) Honda Civic, setting a 1m06.512s lap on the 1.85-mile circuit.