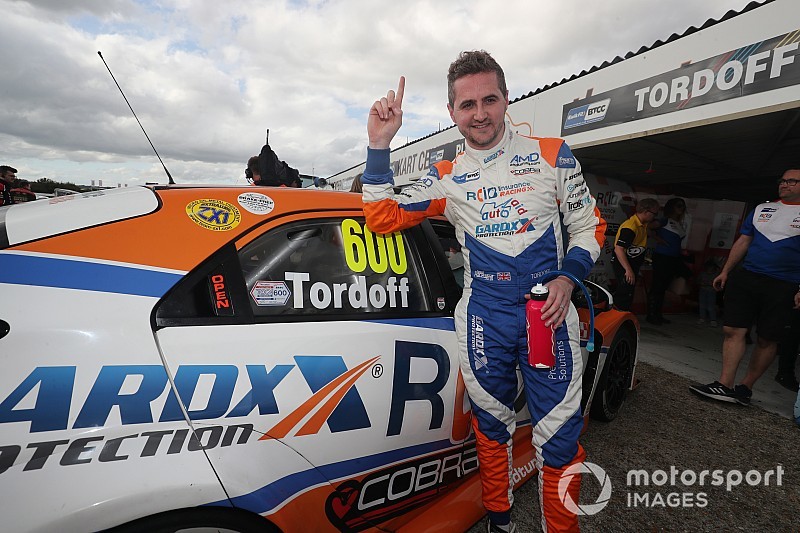 The AmD Tuning driver earned his seventh series pole and backed up the form shown in the first visit to the circuit earlier in 2019, during which he broke the qualifying lap record.

An ultimate time of 1min15.876sec meant Tordoff was 0.365s shy of his benchmark from earlier this year, but he still topped the times by 0.014s over free practice pacesetter Jason Plato.

Tordoff went quickest early on as the front-wheel-drive cars came to the fore, beating provisional polesitter Adam Morgan who displayed a marked improvement in form following an overhaul to the Ciceley Motorsport engineering team.

Tordoff’s teammate Rory Butcher, currently third in the points, then went fastest overall before the Hondas were split by the Toyota of Tom Ingram.

A few spots of rain quietened the session as drivers struggled to improve in any sector, but wind over the track cleared the conditions swiftly.

That allowed WSR driver Tom Oliphant to climb to second, 0.016s off Butcher.

Then, a personal best first and final sector combined with the absolute best second promoted Plato to first.

The Vauxhall driver was the first person of the weekend to drop below the 1m15s barrier, as Cammish and Morgan completed an all-new top three.

Tordoff found a further 0.014s with an improved second sector to post his unbeaten 1m15.876s benchmark.

Butcher looked to make it an AmD 1-2 with a session best first sector, but he ran wide through the second and could not recover the time.

That left Plato second from Cammish and Morgan, with Josh Cook a late improver from 11th to fifth ahead of Butcher.

Oliphant was the quickest rear-wheel-drive runner as he lined the BMW 330i M sport up in seventh ahead of Ingram and Chris Smiley.

The Thruxton session was only the second qualifying of the year not to be interrupted by a red flag, although Matt Neal and Cook had to recover high-speed half spins.

Ex-Formula 1 driver Mark Blundell also tangled with the MG of Sam Osborne in the closing minutes.

The collision at the chicane resulted in a puncture for Blundell and a left-rear wheel failure for Osborne – they wound up 26th and 30th respectively as a result.