Why the BTCC is back to its best 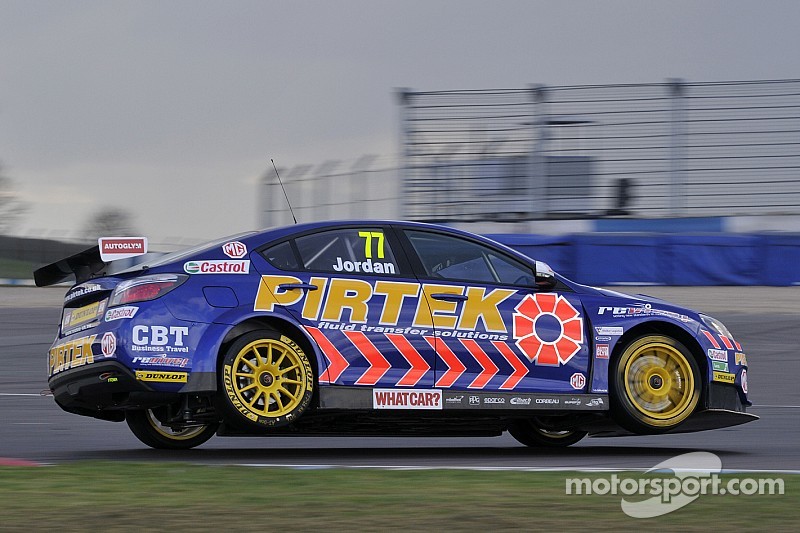 The British Touring Car Championship kicks off at Brands Hatch this weekend, and the series has hardly been in a better state. Jamie Klein is your guide to the 2015 season.

It’s hard to think of too many championships in the motorsport world that are in such rude health right now as the British Touring Car Championship.

Though it may not be filled with the big-budget manufacturer operations that characterised the series’ Super Touring heyday of the 1990s, the calibre of the drivers fighting at the sharp end of the field and the quality of the on-track action have been just about as good as ever for the last couple of seasons.

The success of the Next Generation Touring Car (NGTC) regulations, first introduced in 2011, is largely to thank for this, as a substantial reduction in costs and a more level playing field have led to a boom in entries and an exceptionally diverse field.

No fewer than 11 different manufacturers will be represented when the season gets underway this weekend at Brands Hatch, as Infiniti joins a field of 29 cars poised to do battle at the opening round at the popular Kent venue.

This figure is set to rise to a capacity grid of 32, when Nic Hamilton’s Audi S3 and the Ford Focuses of the cash-strapped Motorbase outfit join the action during the course of the 10-round campaign.

And, with an enormous amount of movement among the top teams and drivers having taken place during the winter, picking a champion in what is the most anticipated BTCC season for years is a near-impossible task.

The champ is back – but not in a BMW

Reigning champion Colin Turkington is certain to be in the mix for a third BTCC title, but the Ulsterman faces perhaps the biggest challenge of his career so far as he partners his chief rival from 2014, Jason Plato, at the relatively unproven Team BMR squad driving a Volkswagen CC.

“I’ve had to work pretty hard over the off-season to familiarise myself with a front-wheel drive car,” said Turkington.

“I’ve been ingrained with rear-wheel drive these last seven years, so it’s just [honing] that instinct of knowing what to do when it all goes wrong that’s the challenge.”

Plato meanwhile was the man to beat during last week’s official pre-season test at Donington Park –setting the fastest time by just six thousandths of a second from Turkington – and the 47-year-old, who moves across from Triple Eight MG, is confident of his chances of adding to his incredible career tally of 88 BTCC victories.

“The early signs in pre-season testing have been pretty good, and in certain places we’re starting to make real progress with the car,” said Plato.

“The Volkswagen has lived up to expectations, although it’s more different to drive [compared to the MG] than I thought it would be. We won’t know exactly where we stand until Brands, but I have a good feeling we’ll be on the pace.”

West Surrey Racing may have lost its lead driver and title sponsor eBay over the winter, but has added triple World Touring Car champion Andy Priaulx to its driving strength. The Guernsey-born driver returns to the series that initially launched his career back in the early 2000s, a programme he plans to dovetail with his sportscar commitments with BMW.

“The car feels really good – when I drove out the pitlane [during testing] at Thruxton, I felt straight away it was where I belonged,” said Priaulx.

“It’s going to be tough racing against such experienced guys; even though I’ve had a lot of success over the years, I’m not underestimating the challenge.”

Now designated as a full constructor entry rather than an independent for 2015, West Surrey Racing will also be fielding a pair of BMW 125i machines for veteran Rob Collard and Sam Tordoff, who has the opportunity to establish himself as one of the BTCC’s leading lights after two seasons spent in the shadow of Plato at Triple Eight.

“I want to be scoring podiums regularly, win more than once – I’ve only managed to win once the last two years, which is frustrating – and just rack up those points. Then we’ll see where we end up in the championship,” said Tordoff.

Meanwhile, Andrew Jordan has decided to leave the familiar surroundings of his father Mike’s Eurotech Racing team in favour of a return to Triple Eight, where he raced back in 2009 as a factory Vauxhall driver, as he searches for a second title to add to the one he secured in 2013.

“I’m taking myself massively out of my comfort zone,” admitted Jordan, whose works MG6 will be adorned in the familiar colours of long-time sponsors Pirtek.

“But I’m looking forward to the challenge of getting to know a new bunch of people, leading the team and improving what was already a very competitive car.”

Partnering Jordan at the defending constructors’ champion outfit is Jack Goff. The 24-year-old makes the switch from Team BMR, and was on the pace immediately in testing, narrowly eclipsing Jordan and setting a best time just over a tenth shy of Plato’s benchmark at Donington.

The only top team running an unchanged line-up is the works Honda squad Team Dynamics, as Gordon Shedden and Matt Neal remain on board to give the all-new Civic Type-R its race debut well in advance of the launch of its road-going counterpart.

Shedden picked up three victories in the eye-catching Civic Tourer last year, the first for an estate car in BTCC history, but reckons the Type-R represents a “big step forward” from the Tourer despite the new car’s subdued showing in the Donington test.

“We’ve taken everything we’ve learned over the past few years to create a package capable of winning the championship,” said the 2012 champion. “We’re the only programme in the world racing the Type-R at the moment, which brings a certain pressure to perform, but at the same time gives us the opportunity to do a great job.”

Other proven race winners in the 2015 field include Adam Morgan, whose Ciceley Racing Mercedes A-Class has been rapid in testing, the self-run Audi A4 of Rob Austin and Team BMR’s Aron Smith, who held the upper hand over team-mate Alain Menu last year but now faces the even tougher challenge of competing against Turkington and Plato in equal machinery.

Tom Ingram (Speedworks Toyota) meanwhile will be looking to score his maiden podium finish sooner rather than later, while Clio Cup graduates Mike Bushell (AmD Tuning Ford) and Josh Cook (Racing for Heroes Chevrolet) are sure to be among those fighting for the coveted Jack Sears Trophy, which this year will be awarded to the highest-scoring rookie driver in the series.

Other rule tweaks for 2015 include an increase in maximum success ballast (up from 45kg to 75kg), race two grids being determined by fastest laps in race one and a requirement to spread the use of the soft Dunlop tyre across all three races during the year – a move designed to promote more passing by ensuring that not every driver uses the softer compound in the final race of the weekend.

Not only that, but series organisers have promised to look more closely into equalisation between front and rear-wheel drive cars for this season through the use of electronic engine management and the positioning of success ballast, which should prevent a repeat of the vocal complaints from certain quarters that became an unwelcome theme last season.

Such changes, along with the grid’s fresh new look and an expanded TV deal that will see 230 hours of live BTCC coverage broadcast across the free-to-air ITV network this year, mean that the stage is all set for what promises to be a truly memorable championship battle.