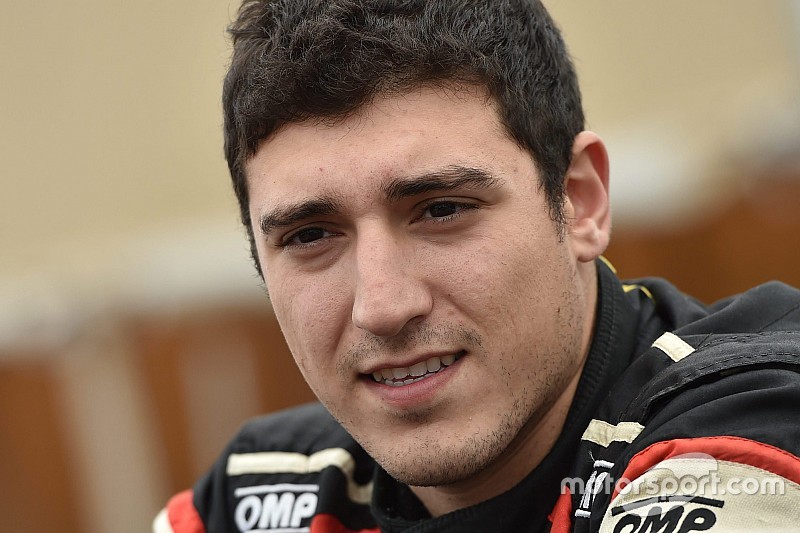 Twenty-four-year-old Chris Sahakian captured the title in the Grand Touring Class of the Canadian Touring Car Championship. He’s back in the series this season to defend his crown.

Chris Sahakian is a graduate in business studies at the John Abbott College. He currently works at United Auto, a family-run business that sells, finances, and leases pre-owned vehicles located in Boisbriand, Québec.

Sahakian started racing in 2015 and became the overall CTCC champion last year, driving a Ford Mustang Boss 302S. Motorsport.com met with Chris earlier this week, days before the first round of the 2017 CTCC season.

Chris, you’re obviously back in the CTCC to defend your title, right?

Yes, I will try to keep my title this season, but the field will be stronger, with faster cars such as Porsches and BMWs. I think the series will be extremely competitive and hotly disputed.

Are you driving the same Mustang as last year?

Yes, the car has been stripped and rebuilt, we applied new vinyls on it. We also bought a second car that would match mine basically, the same school bus yellow. The car has also been tuned for the new Pirelli tires, which are bigger, wider – these are 305s - and taller, and will provide more grip while lasting longer. The lap times will come down this year.

What was a key factor for you winning the title last year?

The most important thing was to finish the races. We also had a very good strategy with the tires with ran on last year. I was able to finish first, second or third most of the time. But for me consistency was crucial, and getting to the finish was very important. To score points on a regular basis made a great difference. It was indeed a good first season. I accomplished more than what I expected.

When and how did you start racing?

I didn’t do any karting whatsoever, but the usual exception of some indoor karting. No competition, no actual kart racing in fact. But I loved cars, especially the fast sports car. I had access to all these fast machines, and this is where I developed my skills. Speed was never an issue for me. I started racing in the Nissan Micra Cup. It was a very good driving school. My driving coach told me ‘If you can be fast in these cars, you can be fast in any other cars’.

We sometimes see two brothers racing together, but this time you’ll be racing alongside and against your sister (Ashley, 21, who scored six rookie podiums in the Micra Cup last year). Will you be teammates?

Yes, I’ll help her a lot this year. I’ll coach her, especially at the speeds she’ll be going in her Ford Mustang with a V8 engine. I think we’ll be good teammates. I’ve always been close to my sister. I think she’ll do great. I only have one more year of experience under my belt, but I’ll help her the best I can and we’ll have a good season.

What is your ultimate goal in motorsport?

I want to race exotic cars such as Porsche 911s or Ferraris. These are really fast cars. A while ago, I saw myself getting into Formula 1, but that was back then. But now I have this goal to race these sports cars. When I started racing, people told me it would be a long road to success. But I kind of proved them wrong. I never expected to become a GT champion, and I reached that objective. For the future, I’m aiming to race in the Pirelli World Challenge or in the IMSA, a very competitive series with really fast cars.

CTCC - Guérin and Daniel win a race each at CTMP