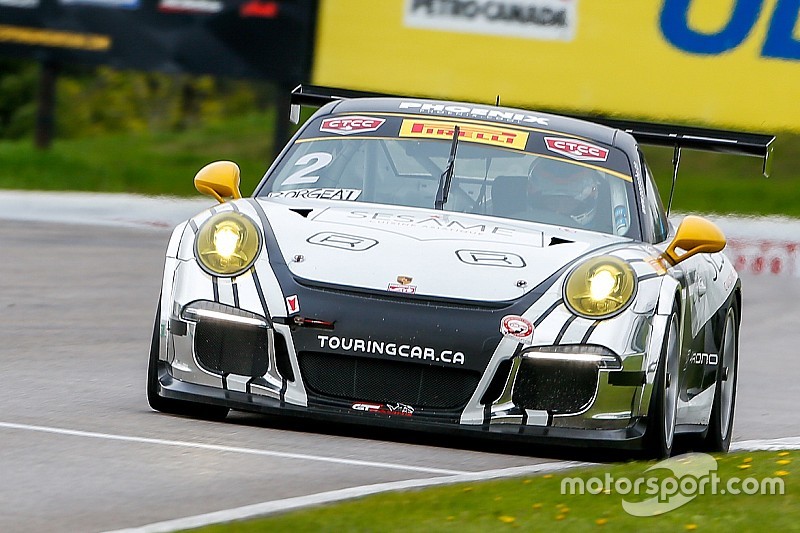 Étienne Borgeat, an experienced racer from the Porsche Cup, captured his second victory of the season in the Canadian Touring Car Championship at CTMP last Sunday.

The last time that Borgeat raced with the CTCC, in 2012, he was at the wheel of a Pontiac Solstice. Returning to the series this season, the Montréal resident has brought a new machine to the GT Cup battles in the form of his No. 2 Porsche GT3 Cup car.

Borgeat, the winner of Race 1 held on Saturday, grabbed the overall pole position for Race 2 in his Porsche GT3 Cup car. Rob Metka, driving a Ferrari 458 Italia Challenge, qualified second ahead of Ethan Simioni in a BMW M4 GT4.

The weather was finally cooperative for Sunday’s Race, as Saturday’s race was disrupted by rain and fog.

The closest class racing on the CTCC opening weekend appeared in the Touring class events, with Shawn Little and Paul Joakim running in lockstep throughout the twin contests, each coming away with a class win to their credit.