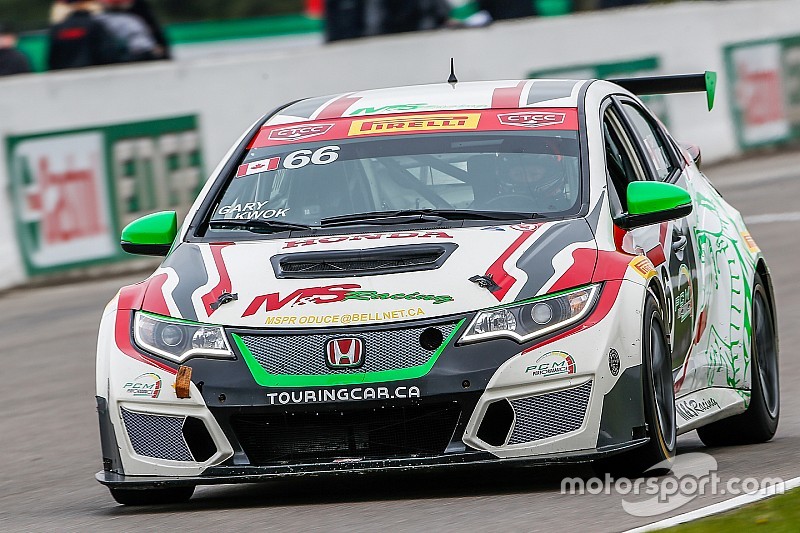 Canadian Touring Car Championship (CTCC) staged Round 3 and 4 of the 2018 series during the Kyle Nash Memorial weekend at Calabogie Motorsport Park near Ottawa.

Simioni, Cirone and Gary Kwok, driving his Honda Civic TCR each took turns pacing the GT Sport pack, with Kwok pushing his way around Simioni on Lap 16 to secure the race lead. At the chequered flag, Kwok managed to maintain his front running position. Simioni was second overall, just half a second behind the winning car, and second in the GT Sport class. Attrell was third, and first in the GT Cup category.

Marc Raymond, driving his Porsche Cayman GT, won the Super Touring class while Shawn Little captured the honours in the Touring class behind the wheel of his Honda Civic Si. However, Marco Cirone was forced into a retirement.

Round 4 was held on Sunday on the long track and saw Simioni grab pole position with a time of 2:10.081. Attrell and Cirone qualified second and third, respectively. The field of nine cars got the green and Attrell quickly powered into the lead, leaving Cirone, Kwok and Ethan Simioni in a three-wide bubble heading into Turn 1.

Somehow surviving that scare unscathed, the tightly knit Attrell, Kwok and Cirone trio then encountered lapped traffic at the race’s mid-point. This when Cirone slipped into the lead and maintained first place till the finish of the 18-lap race, claiming his first CTCC victory by just 0.009 seconds.

“I was doing all I could to preserve my tires to the end. But boy, at the end, that last lap, the tires were dead and Gary was all over me. Another hundred yards and he would have won,” admitted Cirone.

Gary Kwok was second but just by a blink of an eye, having crossed the line alongside Cirone’s Audi in the closest CTCC finish on record. Attrell was third, some seven seconds down to the leading duo. Marc Raymond again took victory in the Super Touring class and Shawn Little was first gain in the Touring category.