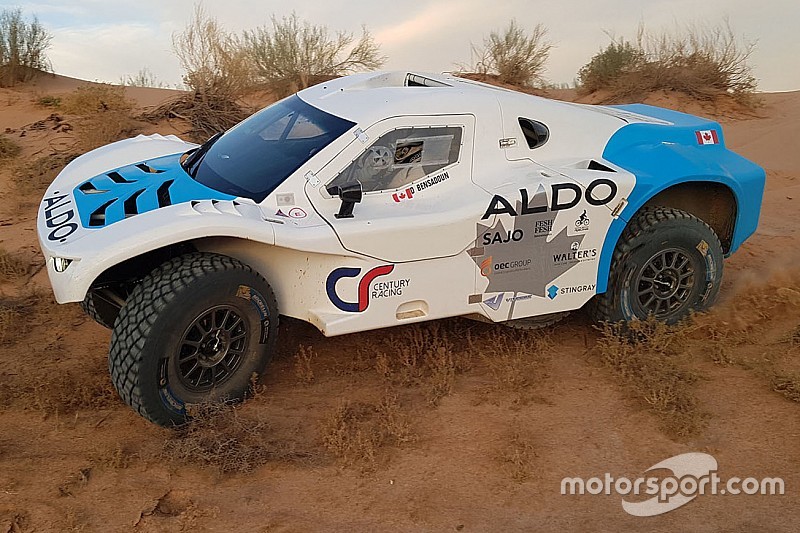 The CR-6 is the creation of South Africa-based Century Racing, which has been building off-road vehicles since 1996 and adapting cars to rally-raid racing. The CR-6 will be drive by David Bensadoun and co-driver Patrick Beaulé and will be entered in the eighth edition of the Silk Way Rally, which is scheduled to run July 15-27, 2018. The duo has contested several editions of the famed Dakar Rally in the past.

"The CR-6 is an amazing machine," said David Bensadoun. "Pat and I will need to adjust our driving style to take advantage of its performance. There are two places where the car is much faster than our 4WD Toyota - on rough tracks, it is at least 30% faster because it has more than double the suspension travel at 415 mm, plus it's riding on 37-inch versus 31-inch tires. On flat terrain it has a top speed of 205 km/h, 25 km/h faster than the Toyota.

"Where we have to be careful is in the dunes - because the new CR-6 is only a two-wheel drive - we need to keep up our speed and have flowing lines to maintain momentum. We won't have the luxury of stopping in the dunes to make sure we're on the right bearing or to double check a dune crossing strategy. If we stop in the dunes, we're cooked! The car will be tough to get moving from a dead stop in soft sand - very high risk of getting stuck. The other place where it's at a disadvantage is in very technical rocky climbs - that's where the four-wheel drive really shines. We'll have to be careful and patient in these sections," Bensadoun explained.

The CR-6 will be in Montréal until the middle of May where it will undergo several changes under the supervision of ALDO Racing Team coordinator Stéphane Desrochers and co-navigator Patrick Beaulé. This includes work with Quebec-based Elka Suspensions. The team will then test the car for several days before it is shipped to Asia.