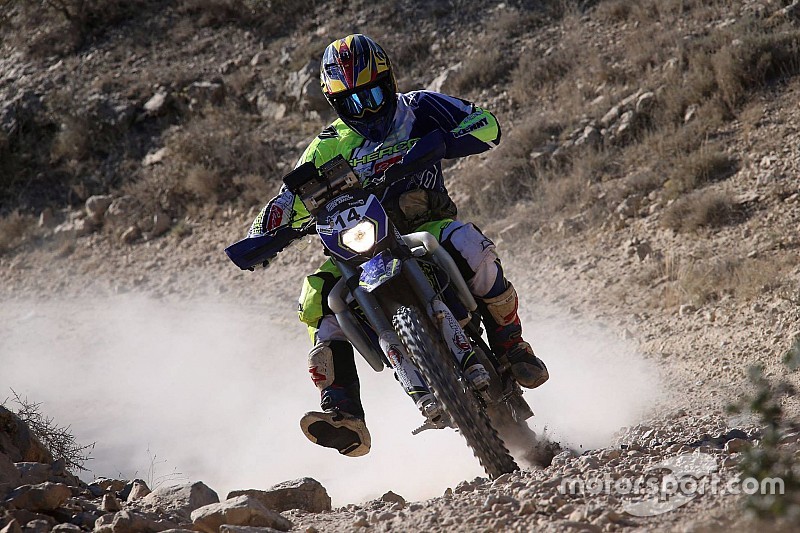 Aravind KP says he is pleased to have finished the Baja Aragon rally in the FIA Cross-Country Rally World Cup last weekend on his maiden outing.

The Indian in his first European cross-country rally with Team Sherco completed the 540 km course in the tough terrains of Spain, achieving his primary aim of seeing the chequered flag.

"Since it was my first outing, my goal was to see the nature of the route and complete the course without any crash or incidents," Aravind said to Motorsport.com exclusively.

"The competition was high as we had world class riders competing. I was cautious on the extremely rough terrain to take my bike over the finish line.

"Overall the experience was really an insight to why they call the Baja series as one of the toughest in the world," he added.

In Stage 1, the Indian finished 32nd overall, 57.7s behind leader Joan Barreda (Honda) and was 20th in the FIM category, covering 9.200 km of Valdecebro.

Aravind improved to 24th overall and 17th in class in Stage 2 covering 162 km at Celadas, but lost ground to drop to 31st and 20th respectively in Stage 3 running 184.800 km through Alfambra.

In the final stage, the Bangalore-based rider was able to gain 10 places to end 21st overall (16th in class) with a total time of 8hr25m35.0s, over an hour behind eventual winner Barreda.

When asked on where he was strong and at the same time his weak points, he said: "I was comfortable on the bumpy and flowing part of the stage.

"But I need to work on getting faster on the rocks since I haven't had much time on the RTR 450 bike yet.

"The plan for the next rally is to get more bike time and prepare well on my weak points and get better results," the TVS-backed rider added.

The Indian is working with the French squad in France preparing for his maiden Dakar run. His next big event will be the Rally of Morocco.

"My training has been going well, it's at the beginning stage as I only got here [Spain] three weeks ago.

"Team manager David Castue has it all planned out for me, the month of August and September is going to be crucial with road book training and more time on the bike with Joan and Adrien," he revealed.

"I am lucky to have the teammates as I do, they are very jovial, helpful and supportive in all forms, I have never felt alienated."

Having primarily raced on Indian terrains, the Bangalore rider could feel the huge difference racing in Spain. "In comparison to Indian rallies, the Baja is enormous.

"Whether it is in stage lengths or the terrain involving both enduro and rally style in one, the magnitude is way bigger and longer."