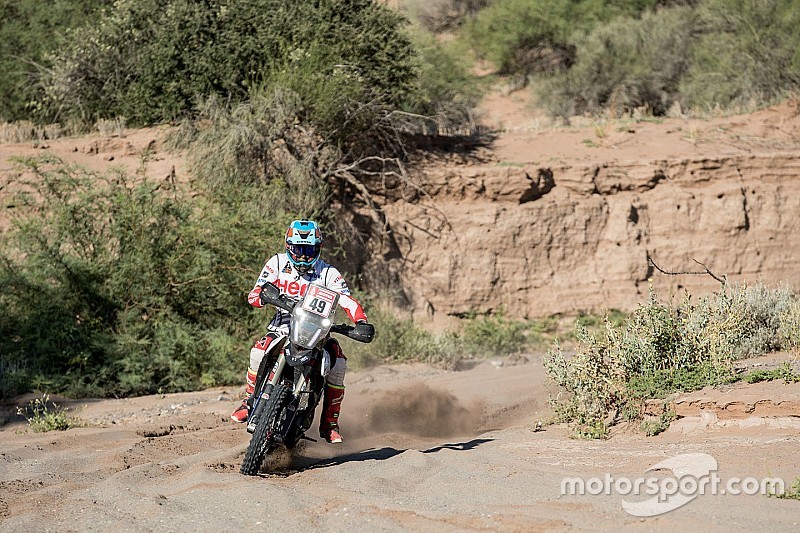 Hero MotoSports has announced a two-bike assault for the upcoming Merzouga cross-country rally, with CS Santosh confirmed as one of the Indian team’s two riders.

Santosh, who remains the only Indian rider to finish the gruelling Dakar rally, will pilot one of Hero’s RR450 rally bikes in the Sahara desert.

Merzouga will mark Santosh’s first outing since the Maruti Suzuki Desert Storm, from which he was forced to retire after sustaining a neck injury.

“Merzouga has always been a happy hunting ground for me,” he said. “Being the first international race of the year it is also an important first step in our preparations for the Dakar 2019. Really looking forward to a good practice race.”

The 32-year-old will be joined in Morocco by Spanish teammate Oriol Mena, who finished seventh on his debut Dakar outing earlier this year.

“I made my rally debut here last year and also won a stage, so I am really excited to race here again and looking forward to learning more about the sport,” Mena said.

Joaquim Rodrigues, who has been a part of Hero since the inception of the team in 2016, will miss the rally as he continues to recover from his Dakar injuries. The Portuguese rider, however, will be present in Morocco to act as a mentor for the team.

Dr. Markus Braunsperger, Chief Technology Officer, Hero MotoCorp said: : “Merzouga marks the first race in our road to Dakar 2019 and we are really excited about it. We are looking forward to gaining experience and making a good start to our Dakar preparations.

“Happy to have JRod back in the team, even if it is in the role of a mentor, as he comes with a lot of experience and his presence in the camp will further strengthen the team’s spirits.”