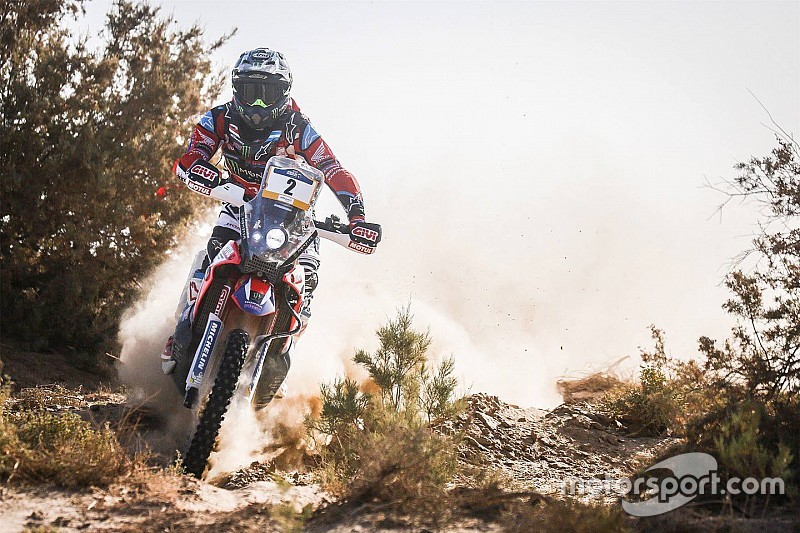 Honda’s Kevin Benavides won the second stage of the Merzouga Rally, just as he did in the Prologue on Sunday.

The Argentine took advantage today of the lines of four riders who started in front to attack and put 2m16s over Pablo Quintanilla, the two-time FIM World Cross Country champion, and 3m41s to Toby Price of KTM.

“I'm happy to get Honda's third victory here, I got a fair bit of fuel at the end and I had to slow down a bit to achieve the finish line, but I'm looking forward to the Marathon stage,” said Benavides.

Franco Caimi (Yamaha) was 7m42s slower than his compatriot Benavides, after encountering some setup problems, and Nacho Cornejo was the second best Honda, at 8m10s, rounding out the top five ahead of his teammates Joan Barreda and Ricky Brabec.

Barreda – who dominated Monday’s opening stage – still leads overall, 3m36s ahead of Benavides, with 4m53s on Quintanilla. Caimi is 7m01s behind, with Toby Price 9m28s down.

In the quad class, Axiel Dutrie won the stage by 9m58s over Jeremy Forestier and 13m24s over Antoine Vitse in a French 1-2-3.