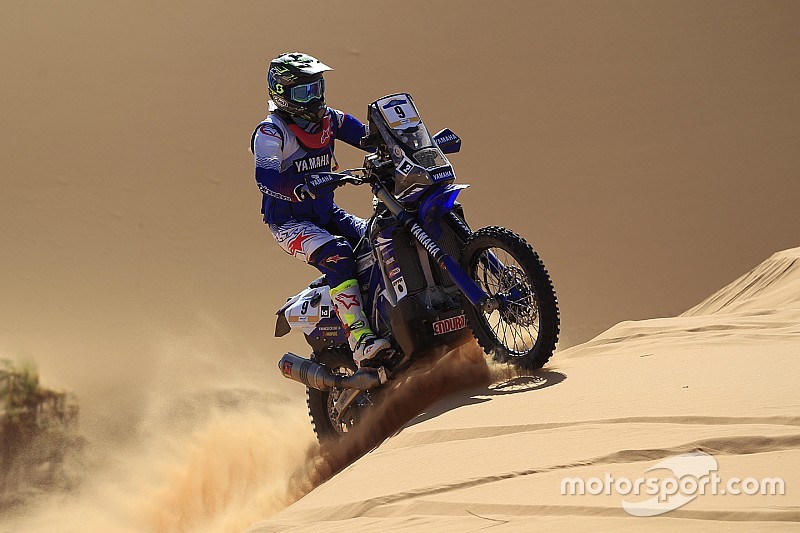 Caimi, who is making his debut with the team, departed second in the 192km element of the stage. In the dunes, before the first Control Point, he took almost three minutes out of Farres, who won yesterday’s stage.

At the finish line, he was 1m57s faster than his teammate and race leader de Soultrait, who recovered time in the final stretch.

Farres was third on the stage, 3m23s slower than Caimi, with Joan Pedrero (Sherco TVS) fourth despite a nagging left shoulder injury.

De Soultrait remains in the lead overall, with the second half of the Marathon and the final stage still to complete this week, with a 6m07s lead over Farres, 18m11s on his teammate Caimi and 34m53s on Pedrero.

Both the motorcycles and quads stage was neutralized before 13.00 local time at checkpoint 2 (183km of the stage) – less than 10 kilometers from the finish due to a forecast sandstorm.

Jeremias Gonzalez, who was leading until the last 4km, broke his engine and is out of the rally.

The second part of the Marathon stage will start tomorrow morning.