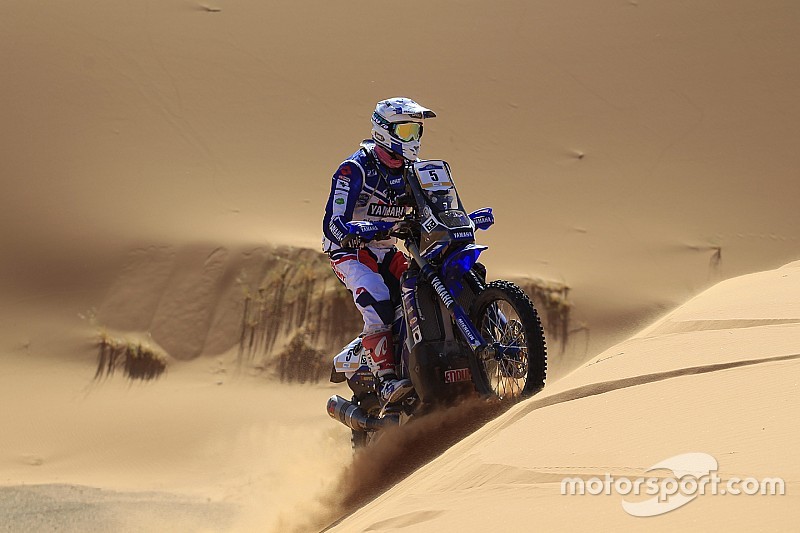 He beat Gerard Farres, who was third on Dakar 2017, by four minutes and Alessandro Botturi by 7m03s on the second stage of the Moroccan event.

Joan Pedrero is fourth on his Sherco TVS, despite an injury in his shoulder after a crash training in Spain two weeks ago.

“I'm a bit over the moon with my result from today's stage," said De Soultrait in the bivouac. “In the morning, I felt under pressure as I had to open the tracks for the most part of the special stage.

"With no other rider having ridden the stage before us, there were no marks so I had to create my own tracks in the sand. It was difficult but I managed to come out on top, posting the fastest time of the day.

“I managed to open up a decent lead in the overall standings and my goal now is to maintain this gap during the next few stages.”

In the general standings, de Soultrait leads by 7m56s over Farres. Botturi is 10m23s off the lead, with Pedrero at 12m43s.

In the quad category, Russia’s Alexandr Maksimov (Yamaha) took the win by 3m29s, ahead of the Argentinian Jeremias Gonzalez, who continues to lead overall. Third was Simon Vitse.

Gonzalez’s overall lead is 16m50s, over Vitse and Maksimov.

In UTV, the French team of Eric and Olivier Abel won the stage in front of Joel Labille and Renaud Niveau, with Paolo Tonetti and Fina Roman in third.